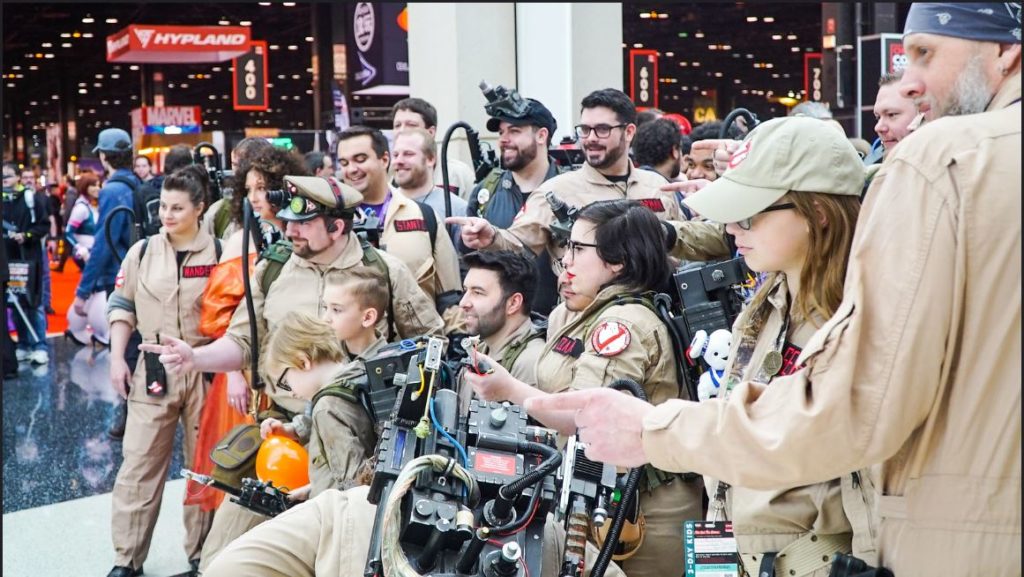 Look Around, Not Up: 3 Tips to Help You Build Your Community

On March 1, 2020, C2E2 hosted a panel entitled “Building Your Own Themyscira; Networking in your Niche.” The panel featured a mixture of artists from across internet mediums; Jordan Ellis moderated the event, and panelists for the day included Celeste Stewart, Christina Steenz-Stewart, DJ Kirkland, Summer Sparacin, and Taylor Deatherage. The group had a lively conversation surrounding the ins and outs of building, not a network, but a community of other artists in which your work can thrive.

Especially in a moment when your online presence may act as your window to the world, there is still plenty of opportunity to build your community and engage with new people on your forums.

Within this conversation, three very clear pieces of advice were braided together as the core of the panel.

1. Take action, even if you’re not sure it’s correct.

The scariest part of any freelance or independent business venture is the very first step; taking the risk to get started. Opening up your skillset understandably takes a lot of confidence and vulnerability, but it’s this first step that makes all the difference. The first question asked at the panel was if the panelists had any previous formal experience in the work that they are currently doing. The answer across the board: a resounding “no.”

Just how different are their careers? Sparacin has a degree in theatre studies and teaching; she is now one of the directors of International Geek Girls PenPal Club. Steenz-Stewart went to school for art with an illustration focus; she now works as a teacher and editor. Deatherage has a background in psychology and social work; they now work for Alien Entertainment and run their own business while also exploring fashion and cosplay.

While skills that they learned informed the positions they currently find themselves in, every artist on the panel made it clear that the first step was asking a question and seeking the answer. In a world where the internet is a gateway to information, there is no shortage of classes, tutorials, forums, and more to help give you access to those first few scary steps. The lesson learned from these professionals: do the things that are scary, even if it’s a misstep!

Cramming your to-do list and ticking off multiple boxes is a modern measurement of personal success, but when it comes to those who are working full-time jobs and trying to build a small business, or maybe piecing together multiple gigs to pay their bills while also making time to live their passion, it can be deflating to notice that you didn’t get nearly as much accomplished for your personal project as you wanted. This is why it may help to simplify and do one well-structured thing each day.

Let’s say this slowly, together; Doing one thoroughly productive thing a day can be enough. Many people can’t immediately use their side hustle as a full-time gig, which is why this piece of advice can be a game-changer if you’re not quite there yet. There is no need to cram every single money move into one day.

“Stuff is built on other things; no one is going to wake up tomorrow and go, ‘I have everything that I want because of no reason,’” Deatherage shared. “I know we want to think that because of social media, but being genuine is still a valuable thing.”

By giving oneself permission to do something, start to finish, and knowing it was done properly, the tasks at hand will quickly become more manageable. Maybe on the days that you are working full time, your only task is to work on your project for 30 minutes and post a photo of your progress on social media. That’s it. On your day off, maybe your one task is to write a draft of the essay you want to publish on your website. Maybe on Tuesdays during your commute, you pick one article to read thoroughly to inform your next video. Creating a space in which you are allowed to do a single task, start to finish, may be the permission you were looking for to feel accomplished for the day.

3. Build up other communities.

Competition has been a driving business force for centuries. After all, the goal of any business is to capture the attention of as many people as possible so that they invest in its wares, be they services or products. For creators who build their audiences online, it can be a lot of pressure to get the most subscriptions, the most likes, the most attention on their work.

According to the panelists, the age of competition may be over. Instead of insisting on dragging attention away from other forums, the new consensus seems to be that you should commend and support communities who used to be your competitors.

“You think about how your community is different than another community, but that doesn’t make them exclusive. When you have multiple kids, you don’t love one kid more than another. You make room,”  Sparacin said.

“It doesn’t have to be a competition when there’s this open community of people that are willing to coexist,” Kirkland added. “Everyone has their own voice and their own point of reference for what their experience is.”

“Any kind of career or industry you’re in, you have to [have] people around you, not just because friends are cool, but because when you’re moving at the same pace in the same direction as someone else, you help each other out,” Kirkland continued. “I’m gonna go to the people that I already know. You really have to think about building your community instead of networking. I think that’s the difference between looking up and looking around you.”