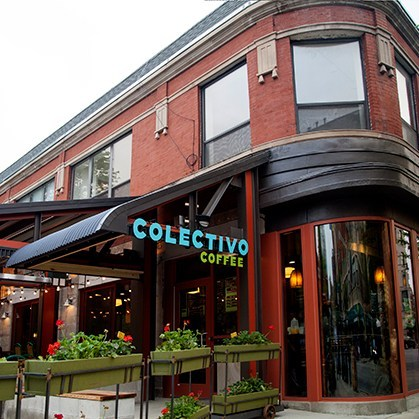 By Tanya Kornilovich on November 4, 2020

Colectivo’s unionization effort started back in May, spurred by the pandemic to provide worker representation amid pandemic safety concerns. Now, management is starting to retaliate.

Colectivo, a chain with locations in Chicago, Milwaukee, and Madison, with over 20 locations, employs hundreds. The union would seek to represent workers across all their cafes locations, as well as their roasters and bakery. They have been campaigning among their staff and are in the authorization card signing stage to join the International Brotherhood of Electrical Workers (IBEW).

Initially, they sent an initial email to all staff that was described as “union-busting,” urging workers that unionizing would hurt the culture of the company. This was followed up by several other emails sent to staff that “included some language about the effect that [a union] can have on company’s finances, or alluding that the union can’t protect your job, no matter what… there was some threatening language,” says Kait Dessoffy, one of Colectivo’s union organizers.

Starting in early October, Colectivo’s management hired the Labor Relations Institute, a firm that bills itself as providing union-avoidance consultants.

According to Dessoffy, Colectivo’s management has been requiring staff to attend mandatory meetings led by lawyers from the Labor Relations Institute. “They didn’t tell anyone what it was about. We figured out after they started happening because we talked to each other.”

The lawyers from the company gave presentations to captive audiences and spoke about the fact that they “provide a neutral view of unions… and they gave worst of the worst case scenario, and very exaggerated situations, and just some patently false information, primarily about the early phases of unionization, particularly, finding authorization cards.”

Dessoffy says those meetings have had a galvanizing effect on staff. “There were a lot of people on the fence that realized there was information they weren’t getting from this meeting, and we had a lot of questions for our union organizers.”

Two weeks ago, Collective announced the closure of two Wisconsin cafes and the cancellation of a planned cafe in West Town, citing pandemic related financial loss. At the same time, they also laid off workers, including an employee who was involved with unionizing efforts, Zoe Muellner. IBEW will be filing a complaint on her behalf.

Pandemic safety concerns are still of primary concern to workers, according to Dessoffy. “The biggest relief came from indoor dining being shut down,” Dessoffy says about the Illinois state shutdown of indoor dining at restaurants and cafes. Colectivo had previous plans to open up indoor dining at select locations.

Colectivo’s unionization efforts are undeterred, and they are still campaigning for workers to sign authorization cards in order to hold a vote. The effort has volunteers going from shop to shop and answering any questions that workers may have, capitalizing on the momentum that management’s responses caused.

“We don’t know what our jobs will look like [with COVID}. The sooner we can unionize, the better.”

Published in News, Politics and Uncategorized