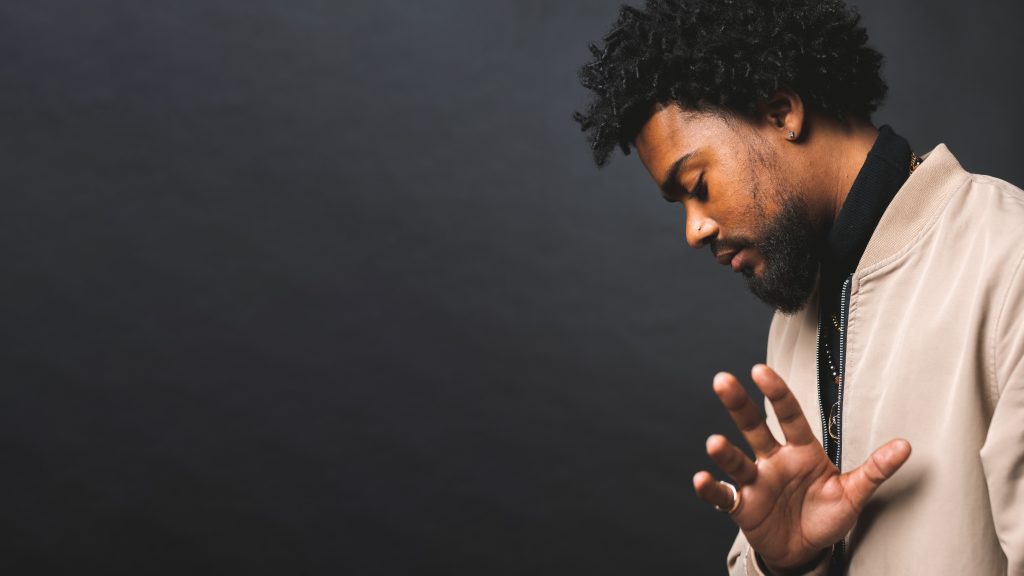 International pop RnB/Rap artist, GiftedbyGifted- also known as Gifted, brings pride and pleasure to the forefront with a confident tenor tone and a multifaceted skill set. The Toronto based artist is a vocalist, instrumentalist and executive film producer.

‘Talk to Me Nice’, the artists’ first published single, a smooth and catchy melodic loop tempts and entices.

Early this month GiftedbyGifted released ’22’, a song slightly more uptempo and just as make-you-feel-good as ‘TTMN’.

Like many Black, independent, Pop artists, Gifted took to music at an early age and developed a love for music through his family and early religious experiences. Gifted accessed art education at an early on, learning to play piano at age 5 and baritone trumpet in primary school in Toronto.

“22”, the artists’ most recent release, teases Gifted’s intention on a slow and steady imprint on his growing audience.

The song opens with a hook that does just that.

While there are not yet visuals or music videos for either song, one video is available for an unreleased song, a live performance of “Family Over Everything”, on YouTube.

We asked Gifted about his early arts education experiences in Toronto. Much like what some consider the Chicago of Canada, inequity within class and race unequally distribute access to extracurricular education including art and music across the country.

Students of today’s Toronto School District no longer have the same access to arts education that Gifted did due to recent changes in resource structure and funding allocation.

“Now, in the curriculum, in Ontario, they’ve taken it out completely.” He says.

Fortunately, Gifted’s primary schooling enabled students gifted in art and music during his tenure. He was also a competitive basketball player having played for his alma mater throughout his secondary education.

“It’s always been there for me since [I was] a kid. At a high level too, you know? It’s a blessing.” Gifted mourns the current state of education in Ontario.

Influenced by Reggae, Soca/Dancehall, Hip-Hop and R&B artists, Easy Folk/Rock’s Shania Twain and Elton John as well as Pop/Rock’s timeless artists like Michael Jackson are the paragon’s of Gifted’s aspirations. If Gifted could collaborate with any artist, past or present, he says that it would be Michael Jackson.

“I love timeless music. So for me, any artist that has that timeless feel or any artist that is timeless is where my heart lies. The Michael Jackson’s, the Lauryn Hill’s, the Bob Marley’s…” Gifted said.

In contrast to the rhythmic nature of his influenced sound, Gifted’s performance style is more laid back with attributes similar to filmed performances from Giveon in recent years.

“I’m more of a very relaxed performer. I don’t move too much,” Gifted said. “My mom’s always like “Son, why don’t you move more’on, boy?” especially doing Reggae music onstage and stuff; I’m not one to move too much.”

From this bit of dialogue and other hints, we detected a Carribean element to Gifted’s voice that explains the influence the region has had on his sound. Gifted and his family are Canadian-Internationals from St. Lucia.

We asked Gifted about his songwriting process.

Sourcing sounds through working relationships and beats from producers that he finds online, Gifted regards his process of music making as sacred- taking long periods of time to listen to beats before committing to lyrics, melody or structure.

“Music is vibration, music is geometry,” Gifted said. “So the shape of what the music is telling me, I start to write the music around it.”

After a recent redirection of his solo career, Gifted- like many artists- removed all of his existing work from cloud-type music platforms like SoundCloud and plans to slowly reintroduce remastered favorites as he crafts his streamable discography. Under the management of childhood friends, Gifted and his team have the world to take over.

GiftedbyGifted is a September Virgo-Libra cusp, only befitting of a St. Lucian supported by both the Earth and the Air. Be sure to stream ’22’ and ‘Talk to Me Nice’ on your preferred music streaming service.

Published in Art, Culture and Uncategorized