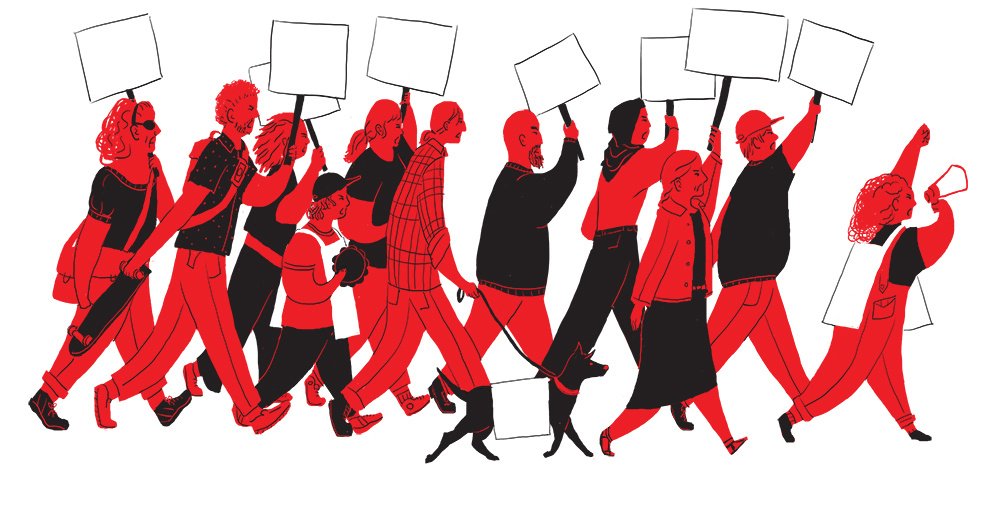 For progressives, especially of the socialist variety, the focus for a while has been on the local. A group of newly elected New York State Assembly members may become what defines the electoral practices of the left.

This fundamental strategy has led to notable successes in organizing, especially outside of the bipartisan system as it stands. Organizations to the left of Republicans that are also excluded by the Democratic Establishment like the Democratic Socialists of America have taken to focusing on the local where more change can be affected.

For the DSA specifically, we can mark a clear trajectory starting with the influx of DSA members during the Bernie Sanders presidential campaign of 2015 into 2016. It was this iteration of the DSA that started its current practices of endorsing and organizing for various politicians at the local and statewide level.

An article in In These Times outlines the immediate aftermath of Sanders’ defeat to Clinton the year prior. In a push against the moderate policies of Clinton and 90s era neoliberalism, the DSA saw 15 members elected to office across 13 states.

From there, DSA helped to endorse and organize around congressional seats in the 2018 election, the most well-known being Alexandria Ocasio-Cortez in New York’s 14th congressional district and Rashida Tlaib in Michigan’s 13th. This trend extends outside of DSA’s specific endorsees, as future Squad members Ayannah Pressley and Ilhan Omar also won during these elections.

In 2019 we see a return to a focus on local elections, but a powerful one with the election of six copenly socialist and DSA endorsed city council members in Chicago.  Ald. Carlos Ramirez-Rosa, Daniel La Spata, Andre Vasquez, Byron Sigcho-Lopez, Jeanette Taylor, and Rossana Rodriguez all found success this election season and have since worked to push the council to the left under Mayor Lightfoot’s administration.

Zohran Mamdani, Phara Souffrant, Jabari Brisport, and Marcela Mitaynes. All DSA endorsees, and all newly appointed in the New York State assembly. Many are already marking these politicians as names to watch, and they are ready to take on the challenge of legislating as progressives in one of the nation’s strongest democratic legislatures.

Many of these victories were strongly expected, if not guaranteed, since July. Brisport, for example, ran unopposed this November after unseating the incumbent democrat, a challenge in and of itself in a state like New York.

All told, DSA endorsed candidates have made significant strides in the 2020 election cycle. While it’s updating as results continue to trickle in, there’s a thread on Twitter chronicling the successes as they come in.

What this says is that ground up, local, people-first politics may be the way to find success in building the future of the democratic party.

As of writing, the competition nationally for the senate is tense. Most seats have been called with two democratic challengers likely going to a runoff that will decide the Senate majority. Many feel the demographics and results of downballot races across the nation suggest that moderate democratic policies and appealing to Republicans might not work for the left.

It might be time to ask for what does.