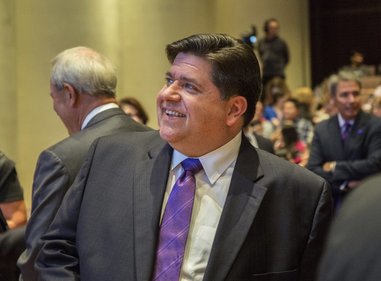 Hate the Mind, not What Houses it

We’re facing a weird dichotomy in the state of hatred. It is at one moment all consuming, overwhelming, constant, and at another unfocused, destructive, and superficial.

Where critics of the right falter is not tearing apart policy. Instead, we’re flooded with President Trump’s hue, how he looks in his golf pants, Kellyanne Conway being compared to a scarecrow, and by now we’ve seen many an unflattering picture of Chris Christie ridiculed on late night television.

But at the end of the day, who honestly cares? We’re sidestepping real issues here by focusing on what these people look like.

President Trump’s administration has been very clear about their values. The most recent repeal of DACA, placing nearly 800,000 people under the age of 31 at risk for deportation, is just one of the many devastating blows to disenfranchised populations.

Following the example of Chris Christie, the second thing that comes up in a google search is “Chris Christie beach,” referring to the now famous picture of him daring to sit in a chair. What doesn’t come up as a search item is his administration’s ongoing labor dispute with public employees whose contracts have expired. I also tried googling “Chris Christie labor” and it auto-filled to “Chris Christie lawn-chair.”

We see this on a local scale with the JB Pritzker gubernatorial campaign. In an article chronicling what seemed initially like he was committing tax fraud (but was just an embarrassing situation with his property taxes), someone chose to comment “‘Man, did I pick the wrong day to quit ice-cream and chocolate sauce’!” Not only is this incredibly hateful language, but it has nothing to do with the situation being discussed.

This type of comment on anything relating to JB Pritzker is not uncommon. Research for this was incredibly easy, and it really shouldn’t be. What’s happened in our society is the normalization of fat shaming language.

According to a study done by Yahoo Health, 94% of teenage girls and 64% of teenage boys have been fat-shamed in their life. Essentially, the majority of teenagers have been made to feel that they are obese, while the American Heart Association reports that only 18.4% of adolescents ages 12-19 actually are. What accounts for the 75% of girls and 45% of boys? How easy and mindless it is to call someone fat in a moment of weakness.

Arguing against the fat shaming of teenagers is fairly easy, but lines become blurred when you’re looking for ways to disparage folks with hateful voices themselves.

In the conversation revolving the Illinois gubernatorial race specifically, this is compounded by how complicated the democratic primary is becoming. We have a lot to consider with Pawar choosing a downstate town mayor and Biss choosing an open socialist as a recognition of the biggest socialist movement in the US since Eugene Debs.

Instead, the discourse is saturated with fat-shaming instead of the voices of the progressive left critiquing the policy behind Pritzker’s campaign.

More from OpinionMore posts in Opinion »