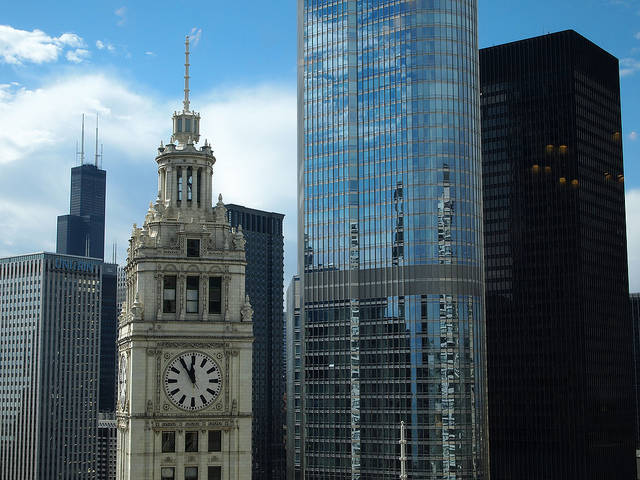 The Chicago Tribune is a Conservative Paper

Today, the Chicago Tribune published a hit piece on Mayoral Candidate Amara Enyia citing her personal financial issues in a way that was only objective in that it didn’t outright say “don’t vote for her.” This shouldn’t be outright surprising for anyone actually familiar with the outlet, but some still trust the Trib even though it has time and again shown it is, in fact, a conservative paper.

Many seem to still view the Chicago Tribune as a purely objective outlet founded in liberal journalism (and I mean classic liberalism here, not how it’s portrayed in mainstream American political discourse,) when in reality it is owned and works for private special interests.

In the Illinois gubernatorial election of they displayed this clearly when the Editorial Board of the Chicago Tribune endorsed Bruce Rauner. You can see that here.

In the recent display of racism by the Covington Catholic School students who faced down Native American veteran Nathan Phillips, the Tribune published not just one, not two, but three pieces supporting the MAGA-hat wearing teens.

The Tribune is a privately owned paper steeped in issues regarding ownership in the last few years: up until April of 2018 its biggest shareholder was businessman Michael Farro, Jr. who resigned from his position as Chairman after sexual assault allegations.

F, who as the largest shareholder owned more than 25 percent of Tronc, the parent of the Chicago Tribune and other newspapers, agreed to sell his more than 9 million shares for $23 per share, or $208.6 million, to McCormick Media, pending approval by regulators. Ferro owned the shares personally and through his Merrick Media and Merrick Venture Management entities.

He will also still be paid $5 million-per-year by Tronc (now renamed Tribune Publishing) through Dec. 31, 2020, to serve as a consultant.

Ferro’s departure was then followed in January of 2019 by the departure of three other executives, including CEO Justin Dearborn. Sources say this has been part of a move to sell the company entirely.

But the move to the right isn’t just because of recent staff shakeups at the top, and the choice by the Tribune to endorse Rauner is not new. The paper did the same in 2014. The editorial board is beholden to investors, and uses the argument of “balancing both sides” to justify both publishing coverage of Rauner’s views and endorsing him in the same week.

All of this being said, it is no surprise that the writer of the piece on Amara Enyia could not relate to the experience of being broke in Chicago, struggling to afford to juggle tax forms from low-paying government jobs.

Ricardo Gamboa, host of local left political show The Hoodoisie, put it best in a post on facebook today:

“The headline and slanted reporting of Amara’s ‘personal financial problems’ is a reiterative trope that is deployed on Black people and other people of color as being incompetent and untrustworthy when it comes to money,” Gamboa said. “It is the same reason we’re followed at shopping malls and why brown immigrants or “illegals” and Black mothers or “welfare queens” are accused of mooching off the system. This is all part of a historical practice of framing people’s economic class as reflective and just desserts of their moral class and personal moral failings.”

Gamboa goes on to point out that this hit piece came out on the heels of the Dorothy Brown endorsement, which with the support of Chance the Rapper, has made Enyia a real contender in the upcoming mayoral election.

Of course, the mayoral election is a crowded one, and there are reasons to support many of the candidates that are putting their hat in the ring. Maybe, though, if you find yourself left of the aisle to Bruce Rauner, you should steer clear of whatever the Chicago Tribune has to say.