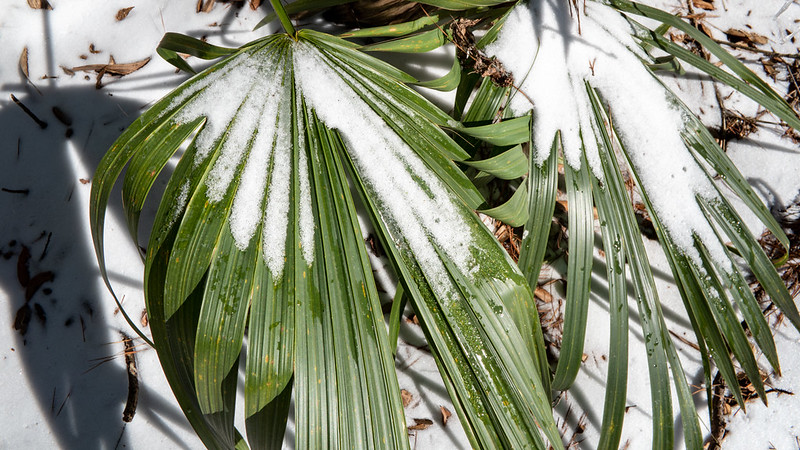 You Can’t Just Write Off Texas

All eyes were on Texas last week as they managed freezing temperatures and power outages due to complications from climate change. Many have started to look for people to blame, some even blaming the people of Texas themselves.

One TikTok that got a lot of blowback was made by TikTok journalist Marcus DiPaola, who published an Opinion video to the platform citing the voting record for the site as justification for the ensuing threat to life in the state.

“Texas electricity is all fucked up because Republicans wanted their electricity to be run like a business instead of a government service,” di Paola said. “As we all know business have to make a profit in order to exist and the problem is business generally do what’s necessary to make money and don’t actually give a shit about customers so they don’t actually have to be forced to take care of their customers by rules created by the government.”

“Well, Republicans don’t like rules either, they call them government regulations. Enjoy your power blackouts Texas, you voted for them.”

A bold stance that many on the internet found reductive and negligent of human life. Many felt that even if they voted for Republicans, they still don’t deserve to die from critical conditions brought on by complications of power outages.

It would seem, though, that this take is doubly not thought through, because while profit incentives are certainly a factor, the way that Texas power operates specifically is as a registered nonprofit called ERCOT, or the Electric Reliability Council of Texas.

This status does allow it to be a separate entity free from federal regulations, but its profits are not as easily defined as di Paola makes it seem. In other words, yes, Texas’ electricity is run like a business, but it has little to do with any recent election. Texas’ private interests went the extra step to make their separation from federal regulation a little more intricate.

ERCOT’s separation from Federal Regulation actually dates back to 1970.

The Texas Interconnected System — which for a long time was actually operated by two discrete entities, one for northern Texas and one for southern Texas — had another priority: staying out of the reach of federal regulators. In 1935, President Franklin D. Roosevelt signed the Federal Power Act, which charged the Federal Power Commission with overseeing interstate electricity sales. By not crossing state lines, Texas utilities avoided being subjected to federal rules.

“Freedom from federal regulation was a cherished goal — more so because Texas had no regulation until the 1970s,” writes Richard D. Cudahy in a 1995 article, “The Second Battle of the Alamo: The Midnight Connection.”

ERCOT was formed in 1970, in the wake of a major blackout in the Northeast in November 1965, and it was tasked with managing grid reliability in accordance with national standards. The agency assumed additional responsibilities following electric deregulation in Texas a decade ago. The ERCOT grid remains beyond the jurisdiction of the Federal Energy Regulatory Commission, which succeeded the Federal Power Commission and regulates interstate electric transmission.

That all being said, what di Paola speaks to is the state of things throughout the country. According to Jacobin, the structure of private entities as “restructured” or deregulated grids, electrical assets are independently owned and generators compete with each other, on regional markets, to generate and sell electricity to middle-man utilities who then distribute that electricity to homes and businesses. Today, most states get their electricity in such deregulated markets, operated by regional transmission organizations (RTOs) like the California ISO, the PJM Interconnection, and ISO New England.

This all also is negligent of another truth in the Texas power outages: minorities and low-income neighborhoods have felt these repercussions the hardest. While it is true that richer, whiter, neighborhoods need the energy on the grid for infrastructure and essential needs like hospitals and transit, images like the one below still go viral as they capture the mood of the discourse.

According to Axios, Experts say that communities of color were hit with blackouts in Texas first and are likely to face more hurdles getting help or being able to recover financially.

“These are communities that have already been hit hardest with COVID,” Robert Bullard, a professor and expert on wealth and racial disparities related to the environment said. “They’re the households working two minimum wage jobs, the essential workers who don’t get paid if they don’t go to work.”

Downtown areas, which in Texas are mostly white and affluent, have been mostly exempt from blackouts. These also are the areas most likely to have voted for Republicans and make up the demographic catching most of di Paola’s scorn.

When a state goes blue or red in any given election it can seem relevant to paint these people as one type of way or deserving of the ramifications of climate change and privatization. It’s when we delve a little deeper into the facts and the way these behaviors operate that we realize it’s all much more complicated than that.