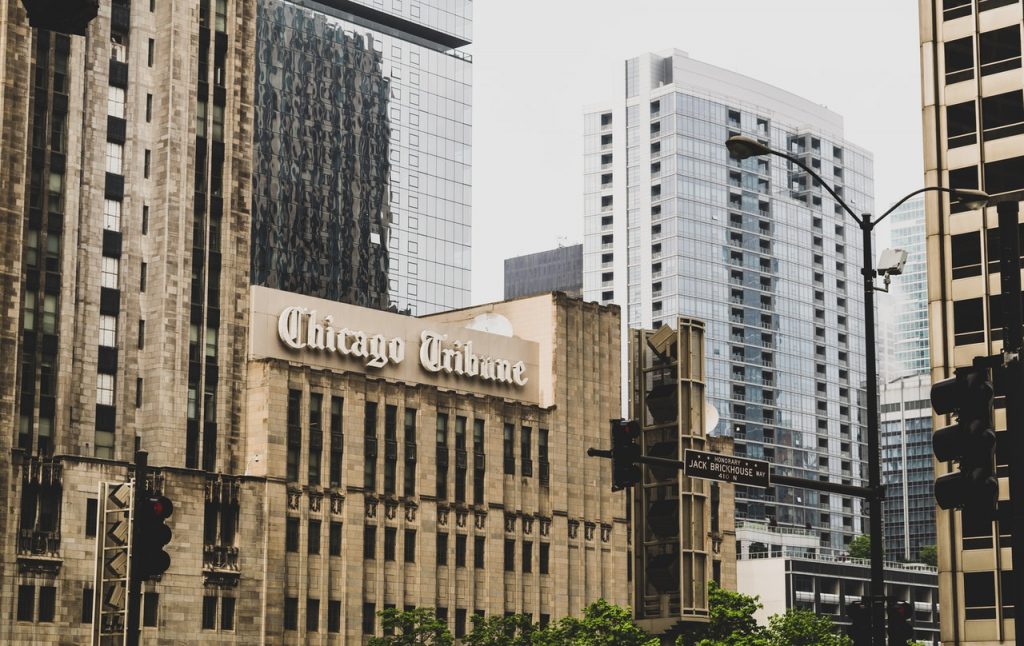 F*ck the Chicago Tribune Editorial Board

The Chicago Tribune Editorial Board does not represent the people of Chicago. As a national newspaper, papers like the Tribune, New York Times, Washington Post, the LA Times, and other cities paper’s make up the brunt of coverage at the ground level that makes up an informed public nationwide. They also serve as the voice of the region they represent.

The Tribune’s staff covers intricate beats supported by institutional funding, and this is parallel to most major newspapers nationwide. That staff and the paper’s readership then turn to the Editorial Board for guidance and clear representation of the voice of that staff and the people of that city.

And the Chicago Tribune Editorial Board is not doing its job.

Starting with political endorsements, in 2019 they endorsed Bill Daley for Chicago Mayor before the runoff. Many would probably say this is because the Daley name still rings positive for some Chicagoans, but a lot of Chicagoans actually know the score about the Daleys.

And the vote shows it, Bill Daley didn’t make it to the second round of voting because like the Trib, Bill Daley is out of touch and blatant about his interests to sell the integrity of our city to the highest third party.

In 2018, for the gubernatorial race, the Trib endorsed the Republican Bruce Rauner. They paired that with at least three hit pieces on JB Pritzker’s toilets. They cry wolf about Madigan every chance they get. They’re conservative, they’re republicans, and neither the state nor the city agree with them.

This isn’t new, the Trib did the same in 2014. When it comes down to it, where the Trib’s allegiances lie have little to do with actual readership and everything to do with investors’ interests.

The truth is that the Tribune is a privately owned paper steeped in issues regarding ownership in the last few years: up until April of 2018 its biggest shareholder was businessman Michael Farro, Jr. who resigned from his position as Chairman after sexual assault allegations.

Ferro, who as the largest shareholder owned more than 25 percent of Tronc, the parent of the Chicago Tribune and other newspapers, agreed to sell his more than 9 million shares for $23 per share, or $208.6 million, to McCormick Media, pending approval by regulators. Ferro owned the shares personally and through his Merrick Media and Merrick Venture Management entities.

He will also still be paid $5 million-per-year by Tronc (now renamed Tribune Publishing) through Dec. 31, 2020, to serve as a consultant.

Ferro’s departure was then followed in January of 2019 by the departure of three other executives, including CEO Justin Dearborn. Sources say this has been part of a move to sell the company entirely.

In 2020 the majority shareholder for Tribune Publishing became Alden Global Capital, a Hedge Fund, and layoffs and staff insecurity soon followed as profits became even more the priority.

Tribune staff is making petitions and publishing op-eds against these interests, and all the while the paper doubles down on positioning as a conservative paper in a city with one of the richest working class histories in the country. A labor history of a city that won the 8 hour day through the events of the Haymarket Affair, and housed the pullman strikes and the Memorial Day Massacre of 1937.

Ownership and endorsements aside, the editorial board’s takes are trash. In 2018 the Trib went out of their way not just one, not two, but three times to side with the displays of racism by the Covington Catholic School students who faced down Native American veteran Nathan Phillips.

And amidst the pandemic? A time in history begging for outlets to just do the right damn thing and encourage people to take precautions and protect our teachers and students, the Trib publishes this outright garbage in defense of bringing back teachers ahead of any other major city’s timelines.

The Editorial here, with the adversarial title “Teachers stay home due to science, then ignore science when it’s time to go back” is the worst compiling of thought masquerading as discourse I’ve read in a while, whose only intention seems to be to back an interest to restore an economy wracked by hundreds of thousands of deaths that is unable to provide adequate resources in vaccinations or rent security.

The Editorial Board calls CTU’s demands “howling,” they suggest that teachers in turn aren’t taking the pandemic seriously and that “like many residents of Chicago, [teachers] have gone out of town, mingled with family or friends, gone out to dinner, gone shopping or even flown on an airplane.” The Editorial Board engages in bad faith, shame-spouting rhetoric that in some way is meant to suggest that Chicagoans should be excited to put students in danger.

In These Times, another Chicago-based paper, has the understanding CTU has undertaken clear as day: CPS has not made substantial effort to assuage thousands of Chicago teachers who do not feel safe, and instead is pushing for a timeline only halted in recent days by inches of snow.

According to In These Times, Elementary teachers and staff were ordered to return to school buildings this week to prepare for the reopening. But citing safety concerns, 71% of CTU members voted over the weekend to defy that order and continue teaching remotely until an agreement is reached.

Lightfoot has warned that educators who don’t report in-person by Monday may be locked out of online learning systems and docked pay. If that happens, the union is promising to go on strike.

“We are willing to keep teaching, but CPS has said they will lock us out,” said CTU President Jesse Sharkey. ​“Is the mayor creating a crisis just to get her way on a reopening date that ignores the risks in our schools and our neighborhoods?”

Currently, CTU is in a “cooling off” period in negotiations with CPS. As of the most recent CTU reports, teachers have gone without a paycheck for three weeks because of Lightfoot’s Teacher Lockout measures. CTU shares the perspective of one of these teachers in their most recent update:

“These many months have been grueling for everyone — for students, for parents, and for educators,” Linda Perales, a special ed teacher, said. “And it’s sad that CPS didn’t begin a real dialogue with all stakeholders far earlier in this process.”

“Furthermore, as of this morning, many colleagues and I are still locked out of our classrooms and ripped from the students we love. We refused CPS’ orders to return to our classrooms to protect ourselves and our students. We chose safety and continue to be punished by CPS for that choice.”

Every time I read the words that the Chicago Tribune Editorial Board chooses to publish, I am dumbfounded as to who they are for. They’re not for me or the thousands of people I know in this city. Maybe I’m naive, maybe I’m in a bubble, or maybe, just maybe, they don’t actually give a shit. Maybe they’re just doing a bad job.

If you want to support the CTU teachers locked out of work at this time in support of keeping students safe, you can donate to this GoFundMe put together by the CTU. You can also see moment by moment bargaining updates on the CTU chart here.