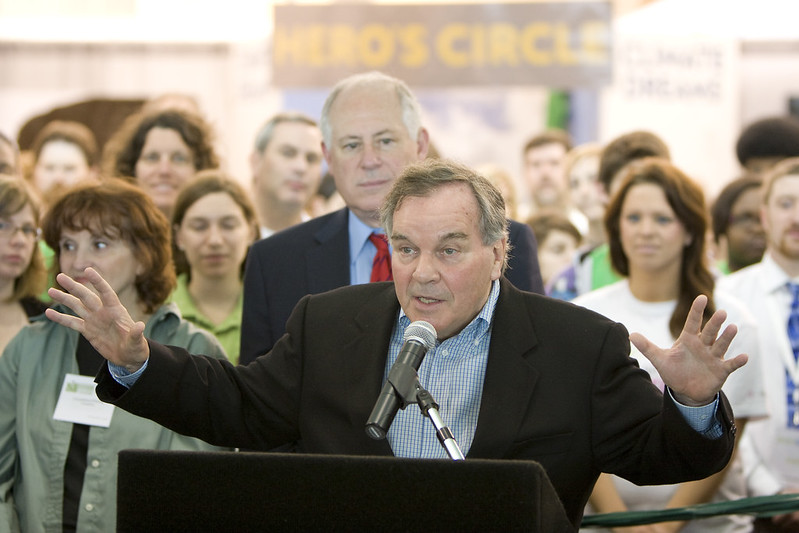 Takes a Daley to Know a Daley

In a recent letter published in South Side Weekly, Bobby Vanecko the [relation] to former Mayor Richard Daley wrote extensively on his [relation], the cultural ramifications of his actions, and specifically how they correlate to the calls for racial justice in today’s Chicago.

Written in the format of a letter to other Daley’s, the piece is powerful. If you haven’t read it yet you absolutely should, and it brings to task a figure that, while controversial, is remembered generally well.

The letter that Vanecko quotes throughout by Baldwin is also a letter to family, it’s a letter to his nephew, and tells significant political truths. Truths like “Please try to remember that what [white people] believe, as well as what they do and cause you to endure, does not testify to your inferiority, but to their inhumanity and fear.” These truths become a cultural lens to pick apart the white supremacy in his own family.

As mayor, Richard Daley put into practice time and time again proposals that increased the racial disparity plaguing this city. The Chicago Reader holds this to be true in a piece on Daley years back by Ben Joravsky citing his practices with the Cabrini Green neighborhood.

Daley’s Chicago 21 plan would develop the area that Daley wanted, called Cabrini-Green, using a team of prominent investors. It also would displace thousands of residents in a Chicago Housing Authority project at Division and Orleans.

In answer to the expected protests, the Chicago 21 planners assured Cabrini-Green residents that “in no case should [development] result in displacement of existing residents for financial or other reasons.”

“Obviously, the city broke that promise years ago, when it demolished the project’s high- rises and scattered most of the residents to the wind,” Joravskey said. “Tearing down Cabrini-Green ignited a real estate boom that’s turned that area into one of the most expensive in Chicago.”

Many people in the family will disagree with everything that I am writing, and they will probably tell you that our great-grandfather made these choices in a different time, and that this is what the voters demanded. They may also say the same thing for his role in resisting desegregation in public schools or fighting Martin Luther King Jr.’s campaign to desegregate Chicago’s neighborhoods, including the deliberately-segregated public housing projects, but they will most likely just not talk about those things at all.

It’s with the intimacy of family that Vanecko writes, but they are truths that bear repeating publicly. Looking back to Richard Daley and political figures like him serve only to sweep under the rug the issues they have a hand in sustaining such that they only continue on.

Under Lightfoot’s administration, as Vanecko points out, many activists and protesters do not fell their voices heard by powers that be. In recent months as reported by Scapi, the push for a democratically elected school board and restricting the powers of the police by limiting their presence in schools met in a disappointing outcome leaving police presence in schools.

Chicago’s Appointed School Board voted 4-3 not to end Chicago Police’s contract with Chicago Public Schools, working against the movement of activism in the wake of the murder by police of George Floyd.

For Vanecko, this is just one example of many when it comes to how the current administration is repeating the racial injustices of his ancestry:

Chicago is one of the only major cities which has not been responsive to the demands of the movement. Mayor Lori Lightfoot is adamantly opposed to defunding the notoriously corrupt, racist, violent, and unreformable Chicago Police Department.  Even though the movement has not secured many policy wins thus far, it is important to acknowledge that several forward-thinking Local School Councils have voted to remove police from their schools, and several progressive City Council members have endorsed defunding the police and proposed essential alternatives like a non-police mental health emergency hotline.

In all, Chicago’s racial disparity does not begin and end with Richard Daley, just as no movement of change, regressive or progressive, finds its complete influence under the tenure of one elected leader.

The necessity of someone like Vanecko pointing us back to the errors of Mayor Daley lies in our inability to build on the patterns that Chicago mayors have been able to. Police brutality and the negligence of its prevention did not begin now, it was under Rahm Ehmanuel, it was under Richard Daley, and it existed under every mayor since Chicago’s inception.

What remains true is that for some it took Daley’s own relative to point this out for them to recall the patterns in today’s Chicago, but whether we’ve learned from the mistakes of Daley is yet to be known.