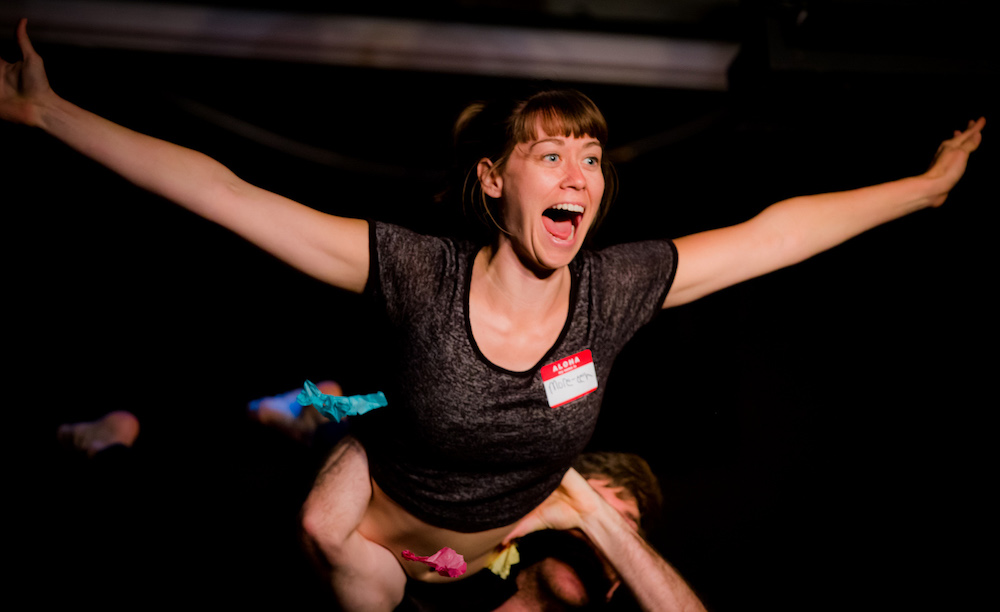 Editor’s Note: This is an expression by Olivia Sieck in response to Chicago Fringe Festival in a poetic form; it is followed by information about the work and process.

Does this venue have A/C?

Only one fan with 30 chairs

He was funny and charming

How many times do I have to prove myself?

My kind of art

I feel like an ass when I can’t focus

I can see their heart poured into this

This is beautiful and amazing

My Lyft has A/C

Imaginative sweat will stick with me forever

On Sunday, September 2, I had the privilege of attending the 2018 Chicago Fringe Festival. I love these kinds of festivals as an artist because you get a variety of performance art surrounding you in a walking distance. My personal favorite was I’m In That Mood Where I Hate Everyone But You starring Tracie Kunzika and Lucy Brooks. It was a variety show with the right mix of comedy, dance and drama. This comedy variety hour, originally performed at Second City Training Center and the 2018 Edinburgh Fringe Festival, explores the creative friendship of Brooks and Kunzika, directed by Jen Ellison. This show had feminist rap and Vine parodies that mocked Seinfeld. They had programs that they only gave out at the end of the show. It’s interesting that I, as well as other audience members, look through the program throughout the entire performance, rather than the art that’s blooming right in front of my face. I was able to look and listen to two, hilarious, up-and-coming performers on stage, with no reading material to distract me.

I feel that creating more activities in between events would help promote the local Chicago restaurants and bars, which in turn would help the Chicago Fringe Festival stand out more as an underground performance community. In between the shows, I walked around the neighborhood, as I haven’t been in Jefferson Park for quite some time. There were beautiful homes and parks… and that was it. I didn’t see that many restaurants that caught my eye, save for fast food joints and Weston’s Coffee & Tap Co.

When I was at Fringe Central—which was located at Weston’s Coffee & Tap Co—I heard volunteers from the festival recommending attendees coming in for the festival to go to places like downtown. That kind of hurt as I dislike when people recommend tourists to go to places specifically downtown. When I did some research on “things to do at the Edinburgh Fringe,” I saw plenty of articles of guides to do in the area. I know, I know, Edinburgh Fringe has been around since the 1940s but Chicago has such a rich history—there could be a pamphlet at the Fringe Central to give to guests if they have free time between shows. I saw a lady at the box office asking for a partial refund because there was a long wait between shows. I would love for the festival could create a guide for tourists to visit local attractions that specifically in the Northside neighborhoods.

Hopefully, next year, there can be more activities to do in between shows or a guide available on their website for things to do between shows, so patrons don’t skip out due to apathy.