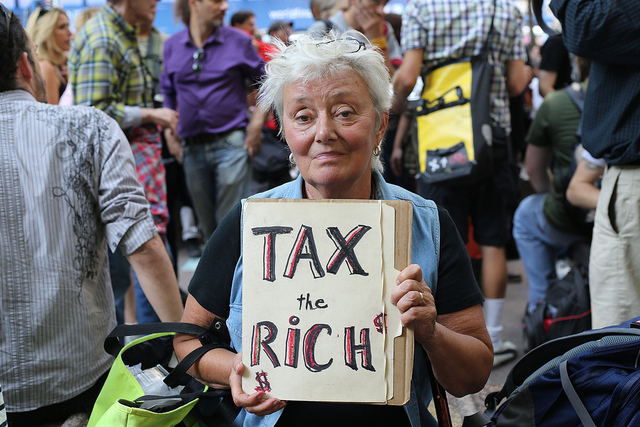 In an interview days after his win over incumbent Illinois Governor Bruce Rauner, Governor-elect JB Pritzker showed some signs of backing off his more aggressive campaign promises to move Illinois off of its flat-rate income tax.

The campaign was one for the history books as far as campaign spending was concerned. Pritzker, who made no secret that his personal wealth is in the billions, spent $171 Million on his campaign while pushing for the progressive tax platforms of earlier democratic challengers like Daniel Biss and Chris Kennedy.

“People in the middle class and those striving to get there should get a tax break,” Pritkzer said in an October debate. “And those at the very top … we ought to ask people like Gov. Rauner and me and the wealthiest people in the state to pay more.”

Now as anyone familiar with state politics can tell you, implementing tax reform in a meaningful way at the state level takes a coordinated, dedicated effort. It was frequently referenced that in Illinois it likely couldn’t happen before 2020.

Pritzker, though, had made it a big part of his campaign that he would work to implement this tax reform in a way that raised the overall rate but implemented extensive exemptions for lower to middle class incomes.

“[Illinois could] do what other states have done with a flat income tax and that is to put exemptions in place, to raise the overall rate, but protect the middle class and those striving to get there with those exemptions and then increase the earned income tax credit,” Pritkzer said on “Chicago Tonight” in January. “That has the effect of a progressive income tax, but frankly it’s very temporary, so that’s why we have to go after immediately.”

It was in reception interviews after his win that there was an immediate shift in plan with regards to tax reform.

“That’s not something I’m looking at currently,” Pritzker said. “Instead I think we’ll focus on what it takes to balance a budget right away. We’ve got to work with the legislature and listen to people. Because we’ve got to get 60 percent of the House and the Senate to support a constitutional amendment and then 60 percent of the people of the state to vote for it. And so in order for that to happen we need to make sure that all the ideas are incorporated here. Including the ideas of Republicans.”

He instead doubled down on using the likelihood of tax revenue from cannabis being legalized once he becomes governor. His goals for this tax revenue seem to disagree with referendum outcomes from the recent Chicago citywide vote, however.

88% of Chicago voters specifically expressed interest in seeing tax income from Cannabis go toward funding Chicago Public Schools and Mental Health Services. This would specifically help black and brown communities in Chicago, for whom these services have been underfunded in the budget deliberation at the state level, and for whom cannabis has been weaponized against nationally.

Pritzker, however, wants to see that funding go to statewide infrastructure.

“It’s been a long time since we’ve put money into our roads and bridges and waterways,” Pritzker said. “And frankly we need a broader infrastructure plan too which is building out broadband internet everywhere in the state. And so we want to get at the issue of an infrastructure bill nearly right away in our administration and we’re going to have to work together to get it done.”