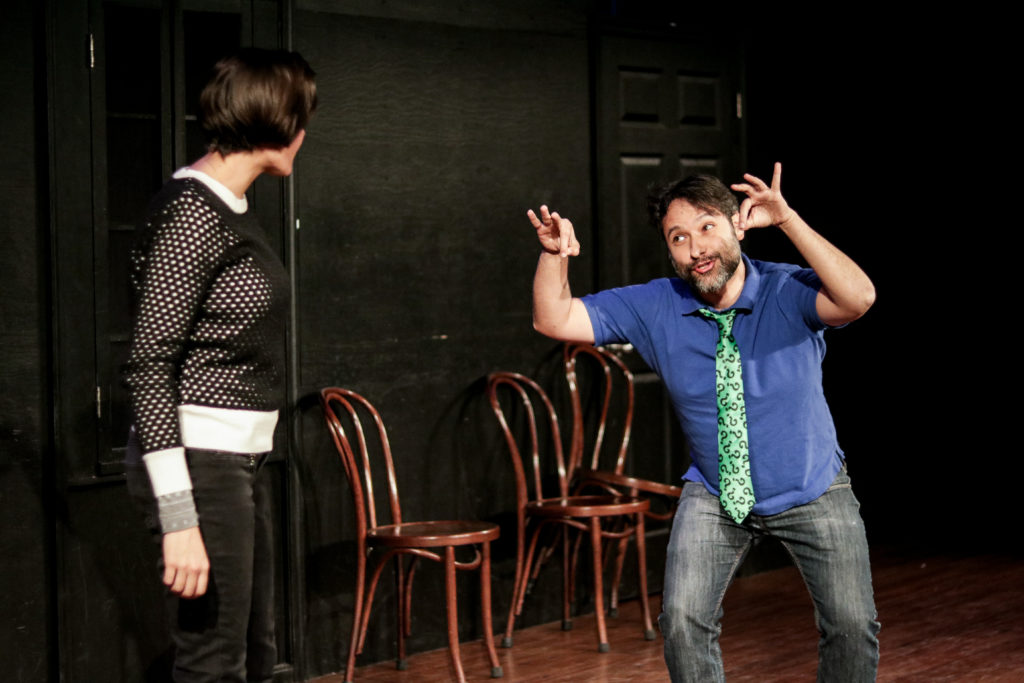 Pictured above: You and Me Against the World! performing in Generation LatinX/Photo: Daniel Moreno

Editor’s Note: This is an expression by Olivia Sieck in response to Generation LatinX in a poetic form; it is followed by information about the work and process.

After the closing performance of the season for iO’s Generation LatinX, a group of Spanish and English speaking performers that believe in creating a strong Latinx presence in the community, I was inspired to write a poem in Spanish.

I learned Spanish growing up from my mother, who is Spanish teacher, and I took a few years of Spanish in high school and college, so I grew up understanding the language. Even so, the performers made the show accessible with their utilization of Spanish and included guest improve troupes in each performance that spoke English and Spanglish. Everyone who was a part of Generation LatinX came from a Hispanic background.

My favorite moment was watching You and Me Against the World!, a Spanglish musical improv group. It’s nothing I’ve ever seen before, with one person speaking one language and the other speaking another, but still being able to produce a cohesive scene. I was very proud of how confident they are in their culture, especially from a comedy standpoint.

Generation LatinX performances occurred Tuesdays at iO, 1501 North Kingsbury Street. Although their 2018 season is over, Generation LatinX continues to produce videos several times per month. More information on the show can be found here.