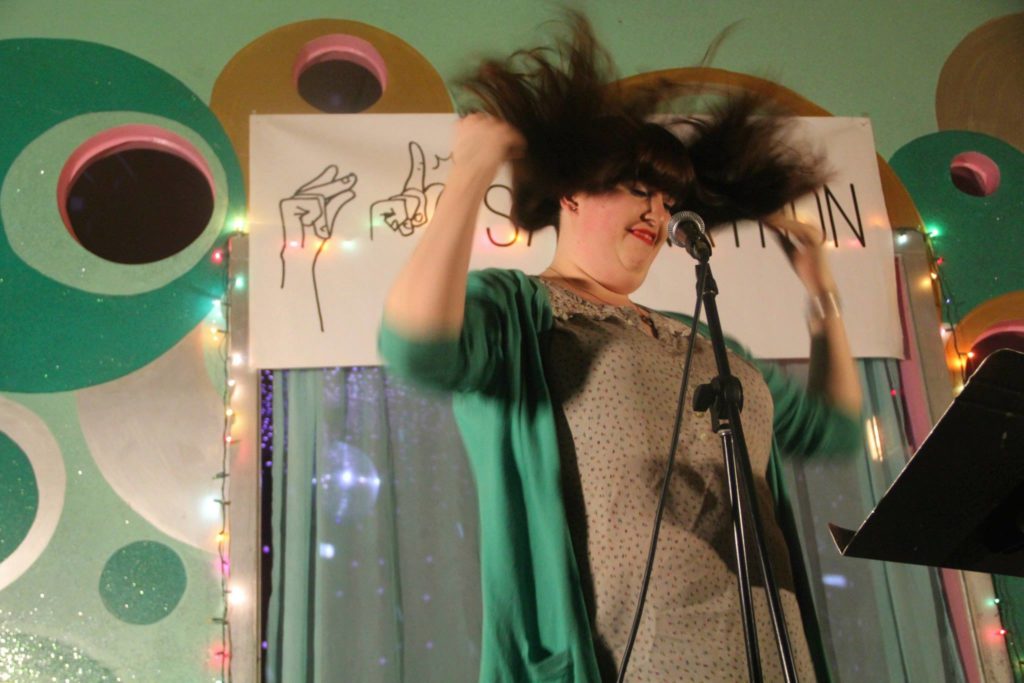 Casting Beyond Binaries: A Profile of Catherine Miller

The stamina it takes to audition is striking. Actors play a numbers game, rinsing and repeating monologues around the city, baring themselves in front of a table of people judging them in every capacity—personality, looks, talent.

The work of the person that facilitates these auditions is lesser known. Casting directors internalize the chosen script and facilitate the sometimes brutal process of searching for and selecting actors. Thankfully, one casting director, in particular, has been causing waves with their commitment to inclusivity and care.

Catherine Miller, recently named among the Newcity Players 2019: 50 People Who Really Perform for Chicago, has been leading the charge in diversifying the bodies put on our stages. Through the rewriting of casting calls to emphasizing kindness during auditions, Miller is showing us the true capacity of representation in Chicago theater.

Miller grew up in San Diego thinking they’d want to be an actor. But this dream was challenged as they were faced with ethical issues of representation and consent in both high school and college. From being forced to scene study with A Raisin in the Sun to signing a contract that allowed an instructor unrestricted touch, Miller was ready to move on.

They ended up in Chicago, pursuing a BFA in Dramaturgy and Criticism at DePaul University. Miller still loved plays, so learning how to take them apart, put them back together, and then analyze what it means when certain bodies portray certain characters was energizing. But what specifically led Miller to the casting field was serendipitous. With graduation looming, they realized they were short internship credits and reached out to a previous collaborator to help fill the 20-hour gap. Here, they learned the ropes and brought a fresh perspective to the art of casting. Shortly after, Miller was offered a permanent position at RedTwist, where they honed their skills as a casting director.

They found even the smallest acts of kindness and human interaction set actors up for a more comfortable audition. “By walking someone in, starting a conversation with them, and maybe even a little banter with the director beforehand, it can really ground actors and make them feel seen.”

Through racking up a little under a decade in Chicago, Miller is more aware of the nuances of casting a truly inclusive show. In numerous cases, plays that center the stories of white folks are deemed more acceptable if at least one actor is a person of color. But Miller questions this simple box-checking and postures, “Why couldn’t you have included a trans person to play a cis person? Or why couldn’t you call in a disabled actor?”

With blunt kindness, Miller advocates for the productivity of narratives as well as its capacity to tell new stories with dynamic casting.

Miller has been freelancing around the city, excited to facilitate conversations of access and inclusion. Recently, as a part of Directors Lab, they ran a workshop on degendering the audition experience. One of the first steps in creating an inclusive space is agreeing on ground rules. Miller discussed the necessity of instilling agency in folks that may be misgendered in a process and questions who should be centered in harm reduction.

Participants in this workshop were then broken into groups to discuss audition calls. A collective “aha” moment came in the form of a trick question. Miller presented a role calling for a “trans male or male identifying” actor. They posed, “If this is a trans role, shouldn’t it be a trans male or transmasculine person?” After much debate, Miller entered an idea that sat heavy in a few beats of silence. “Gender is not purely about identity.”

By altering exclusionary language like female/male to femme/masc or providing the opportunity to share pronouns, Miller is changing the dynamics of the audition process all over the city. Even so, they recognize that their role as a freelancer lends to variability in how these original intentions continue through the rehearsal process.

But Miller is hopeful.

“I see the potential of what the city really could become if every single theater, not just the big-wigs, not just small ones, actually committed to making sure that every voice in every theater company matters, everyone is paid a decent wage, and that the programming reflects what this city is and also what it could be.”

As a company member with First Floor Theater, Miller is able to model what this looks like. Once equipped with a cast in their artistic home, Miller is still cognizant of space-making in the room. By establishing ground rules, the cast is empowered to speak up. When it comes to prioritizing stories of those who are underrepresented, Miller makes sure that folks are not the only ones who are trans or a person of color. Otherwise, “they are constantly having to educate people on their experience [while] not getting paid to educate people on their experience. It’s not in their contract.”