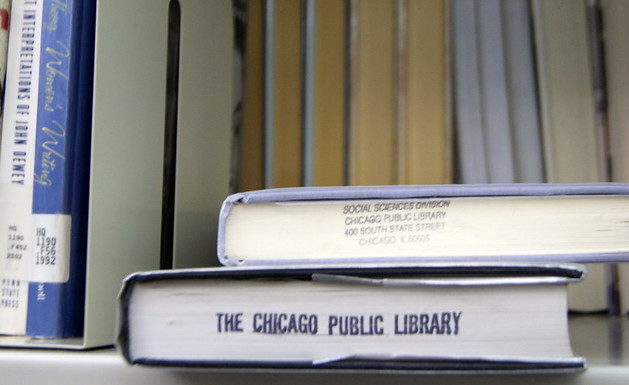 A week ago many outlets were reporting that the city intended to reopen libraries by June 1st. Claims were made that in an email to staff the city asked workers to come back to work starting May 20th in preparation for a June 1st reopen.

This was an email from libraries Commissioner Andrea Telli to staff last week. Since then, Mayor Lightfoot’s administration has made statements confirming that they had asked workers to return to work but the reopen date had not yet been confirmed.

“In order to prepare for the eventual transition, Chicago Public Library has asked staff to return to work on May 20 to safely begin the extensive work necessary for services to ultimately resume,” the Lightfoot statement said. “Absolutely no date has been set to open libraries to the public, and any reopening decision would be consistent with public health guidance and dependent on where our data is at that time.”

Lightfoot’s office backtracked shortly after  Book Riot reported on Telli’s email. AFSCME Local 31 spokesman Anders Lindall in a statement said the union was not included in discussions before Telli’s announcement.

“We’re very disturbed by this announcement, which came with no prior notice to the union nor any opportunity for input on measures to protect library employees and the public,” Lindall said. “In the wake of the news, the city did reach out to AFSCME and we hope to be able to meet immediately to address our concerns.”

Since then, on social media a letter from a Chicago Public Library worker is going viral. The source asks to stay anonymous fearing career repercussions but speaks to the dynamic between library administration and workers.

“Hi friends, I hate to say this, but please do not come to the Chicago Public Library when we reopen,” the post said. “Returning things to the bookdrop is fine, but the top administrators are forcing us to implement an unsafe plan and refusing to allow us to provide safer services like curbside pickup.”

“Concerns about public bathrooms and water fountains are being brushed off with ‘hand-washing makes it safe!’ Our hand sanitizer is expired, and there isn’t enough plexiglass to ensure safe interactions. Please wait until at least 2-4 weeks to come in if you can, so that the initial rush of people can die down and (hopefully) more safety measures/equipment will be implemented.”

This is also as cases in Cook County reach the highest numbers nationwide. There have been 58,457 total cases of COVID-19 recorded in Cook County, which includes all of Chicago and many of its suburbs, after officials added 2,051 new cases in the last 24 hours. Queens, by comparison, added only 336 cases over the same time frame to bring its total to 58,084.

Many states have been pushing to reopen in recent days, including New York where Gov. Cuomo has now allowed gatherings of ten people.

In Chicago and Illinois, the state will begin its reopen Phase 3 in late May while Lightfoot announced the city won’t move forward until some time in June, barring more information from public health officials.