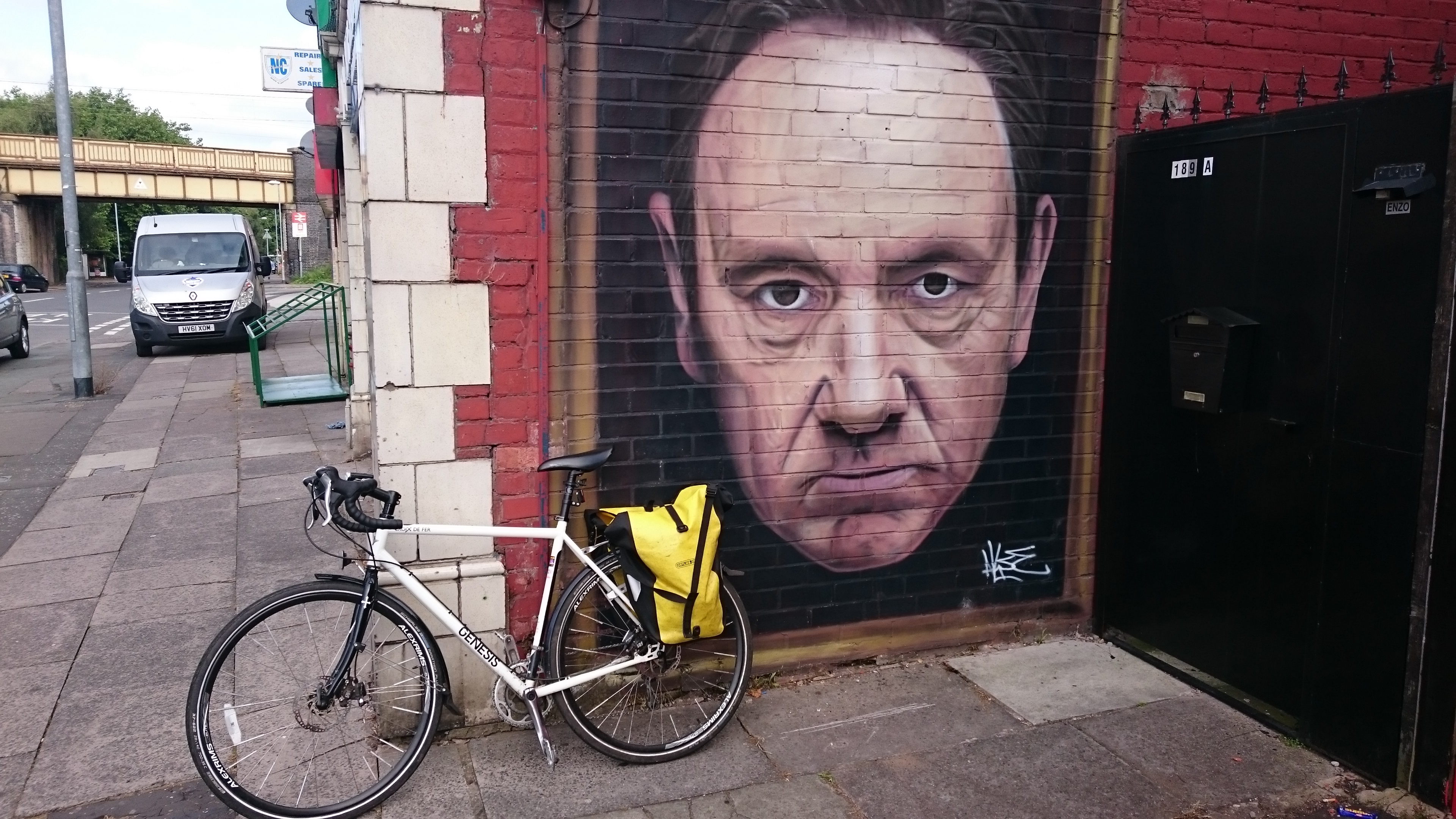 How to know you have transcended to next level gaydom. I woke up at 5:30 am to not one, not two, not three notifications that Kevin Spacey had come out, but four text messages, six facebook messenger conversations and two emails.

Well, I thought, good for her! Live your truth; it gets better, blah blah blah. Not to say I wasn’t happy to welcome another to the fold, but, you know he has been winking and nudging to the camera for decades. He has said some questionable things about “his legacy” and this is “my private life” and let’s not “gossip” etc… So, eh? It’s not like Tom Cruise just came out and we had to mobilize the High Council and batten down the hatches.

Then, as the kids say, things went LEFT real fast. I am an amateur Spanish speaker so I like to scream “Izquierda!” when this is happening because:

1) it sounds WAY more dramatic
2) I can do my telenovela close up face.

Here I find out that he was accused of sexually assaulting a then 14-year-old Anthony Rapp at some Broadway salon/bathtub gin debacle.

So of course life is not simple or easy and obviously these things are complicated, but:

NO! NO! This is not complicated. You do not act coquettish and aloof about your personal life, your sexuality, and your privacy and then come out in some grand fashion IN THE SAME STATEMENT apologizing to someone who accused you of sexually assaulting them while a minor.

You do not get a pass Kevin Spacey. Do not even get me started on the “choose to live as a gay man” nonsense because I am reading between the lines on that one and this is a column, not a manifesto

Hear me friends, I am not here to force anyone out. I know that the world is not as evolved as we would like, and sometimes just saying the words “I’m gay” can affect your life, your job, your business, whatever in negative ways. I GET THIS.

I am not an “outer”- and I vehemently protect anyone’s right to stay closeted. It is a deeply personal journey, and one that is complicated and nuanced for each individual.

BUT, (and this is a big but) coming out and saying “Sorry I was drunk, and I don’t remember being a sexual predator and oh, btw I’M GAY” somehow equating sure, that’s what the gays do, they get drunk, they sloppily assault young children, and of course have no recollection of it, so that makes it ok.

Whoever decided that the proper time to come out was in the same statement that you are offering a rather tone-deaf apology (if I do say so myself) about sexually assaulting a minor is a complete and utter nincompoop. Kevin Spacey actually came out at a bad time, something that I didn’t think was even possible.

Instead of celebrating, saying, “thanks for being out and in the public eye! Gay role models!” we are now going to be focused on the allegations.  Trust me friend, when I say that I hope and pray this is the only allegation, I absolutely do. Sadly my Vigilauntie sassy sense is tingling, and I fear this may be just the beginning.

I am not completely without empathy. I know what it is like to be so afraid to express yourself or your sexuality that you literally shut down all emotions, attractions, anything in order to stay alive. Many of us develop defense mechanisms, whether they are humor, or self-medicating, or simply cloistering yourself, they are all part of the journey. People say that coming out now is not that big a deal… and I disagree.

Even though the world has changed for the better, it is still an act of courage, of emerging from a chrysalis as your true self, as finally accepting this part of your life as your own. I see no courage in this case, just cunning and calculation. I see you, Kevin Spacey.
​
Vigilauntie

Published in Opinion and Vigil Auntie