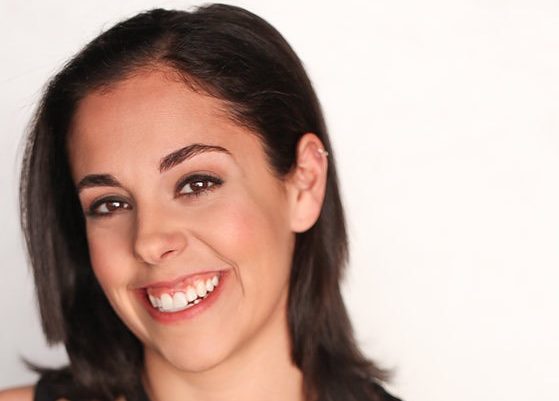 Pictured above: Jillian Leff, Chicago performer and playwright. She is also a company member and marketing director for The Cuckoo’s Theater Project/Photo:Tyler Core

DIY Quotes from DIY Folx is back, in a slightly different form! Every other week, we will ask DIY theater artists and creatives around Chicago a series of questions about what is going on in the DIY theater and performance community.

This time, we’re going to focus and highlight one DIY artist per segment.

How do you define DIY theater and performance?

To me, DIY means artist generated.

Essentially, I consider any new or devised work DIY, even if it is performed in a more traditional theatre space. You are literally crafting the show yourself, from the ground up.

Also, I think working out of any sort of non-traditional theatre space, new work or not, is also totally DIY since you’re making the space work for a performance, rather than putting a piece into a theatre space.

What do you want to see more of in the DIY theater and performance community in Chicago?

I think it would be cool to see a push to become more of a norm throughout Chicago. Right now, some DIY theatre is considered a little “underground” or “off the beaten path”. Why does it have to be?

How does accessibility and representation play into DIY theater and performance?

I think it’s everything. Sometimes, I think DIY work happens because the artists involved are not seeing the work they want to do represented in mainstream theatre. I’ve come across that problem as both an actor and a writer. For example, in my plays, I’ve started writing notes on my cast pages that say “None of these characters are race-specific.” Obviously, representation is more than just race. But I think it’s important that the new work that is being brought into the world should do a better job of representing the actual world.

How do you measure “good work” in the DIY theater and performance world? What metrics are used to distinguish “good” from “bad” work?

“Good” and “Bad” is so subjective. But overall, did people enjoy the work? Than great, you’ve got a good show on your hands.

What book or reading material do you think every DIY theater/performing artist should read?

Read plays. As many as you can. Figure what you like, and what you don’t. See how to incorporate what you did like into your own work, and recognize pitfalls that you want to avoid.

Are you a DIY theater/performance artist who likes to answer questions about the work you’re doing in Chicago? Email Amanda at finnawi@gmail.com with your interest to be featured on DIY Quotes from DIY Folx.

Published in DIY Folks and Underground