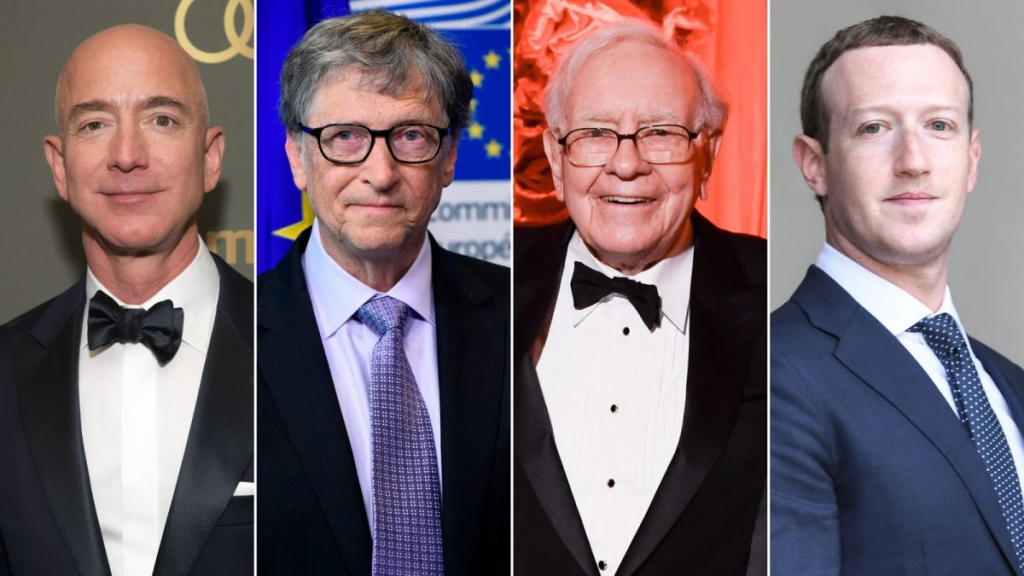 Are Billionaires Our Modern-Day Kings?

By Tanya Kornilovich on February 8, 2021

There is nothing that encapsulates the rotting of a neoliberal empire more than our worship of billionaires. The amount of political, cultural, and institutional influence that they have, rivals world leaders, creating fiefdoms with the companies, philanthropic ventures, and cult of personality that leverages the myth of meritocracy. This last tool may seem lackluster in comparison to the others, but it’s a potent and effective weapon.

When Western society was governed by kings and queens, the royal lineage was their justification for the throne. Their right to rule was the divine right of kings, and the royal lineage was closely guarded from the public by only marrying other royalty. They answered on Earth to no one and held absolute power over their subjects.

Of course, these characteristics are only useful in a meritocratic neoliberalism society. If we buy into the myth of a meritocracy, we think everyone gets what they deserve, and billionaires know that.

Like royals, who were ordained by god and by the accident of their bloodline, billionaires are the equivalent in today’s world. The myth that their success is the result of hard work fits the myth that neoliberalism perpetuates: the myth of meritocracy.

The legend says that billionaires became billionaires because they are wily businessmen like Elon Musk, or thrifty and hardworking like Warren Buffet, or nerdy like Mark Zuckerberg and Bill Gates, or a visionary like Jeff Bezos. We listen to their advice, applaud their business acumen and intellect, and take note of their daily routines and habits in the hopes that one day we will also be rich.

This sycophantic hero-worship has expanded into the utterly mundane.  In which an article on entrepreneur.com profiles an Elon Musk tweet where he talks about purchasing adorable knitted pet accessories on Etsy. This type of hyper-attention and praise is reminiscent of the French Court, where nobles would watch Louis XIV wake up, eat, go to sleep, get shaved, and so on.

Of course, this is all just a myth. Bill Gates was not a nerd tinkering away in a garage, he was a ruthless boss whose parents held high paying jobs. Elon Musk is not an Edison-like figure who invents Teslas (although Edison’s myth-making was also incredibly effective as it masked his abusive and ruthless business practices), his father owned an emerald mine and he was born into wealth.

Yes, maybe Warren Buffet still eats McDonald’s and lives in his original house, but his father was a state representative and businessman, which brings with it it’s own advantages, no matter how many paper routes Buffet had as a kid. Bezos may have started in a garage, but he also had help from his parents with a $250,000 loan and had just left his VP post at D.E. Shaw, one of the most successful hedge funds on Wall Street.

The media loves to highlight these alleged frugal beginnings. There’s a fondness for noting the Gates and Zuckerberg are Harvard dropouts, as if to highlight that education is not even necessary, conveniently ignoring the fact that Zuckergberg went to a prestigious private school and leveraged his Harvard connections and pedigree in order to launch Facebook.

These pull yourself up by your bootstraps tropes are necessary and powerful to legitimize their wealth. Not only can we ignore the fact that they exploit their workers and enable political turmoil, but there is a sense that these billionaires deserve their wealth. And by focusing on characteristics that most individuals possess: work ethic, intellect, perseverance, we can imagine ourselves as future billionaires as well, and empathise with their positions.

Although the billionaires with name-recognition use these cults of personality to benefit themselves, they end up helping out all billionaires. Most billionaires and millionaires inherited their wealth, but they also tend to stay away from the media spotlight. The celebrity billionaires are useful to the entire elite ruling class. Billionaires today by and large are born into it, just like kings and queens were born into their post, but with the media coverage, you wouldn’t know it.

In 2010, Bill Gates signed the Giving Pledge, publicly stating that he will give away at least 50% of his wealth to charity. Despite his pledge, he has only grown richer since 2010, and has consistently ranked as one of the wealthiest people in the world. And yet, he has retained powerful influence as a philanthropist, changing charitable giving by focusing on ROI’s and retaining the identity of a philanthropist. This is just one example of the profound influence that billionaires have on institutions, even when their image is the complete opposite.

The myth of the cunning, gutsy, and workaholic billionaire is a powerful facade that allows them to behave with impunity. Ultimately, however, it is a facade that can be stripped away and recalibrated into something else. If we focus on how billionaires got richer during a pandemic, feasting on the exploited working and middle class and characterize them as vultures, that is a powerful image. Facets of the media have enabled billionaires with their adoration and interest, but they can just as easily turn on them and eviscerate the ruling class. I would argue that unless we destroy the myth of the self-made billionaire, their influence will only grow.