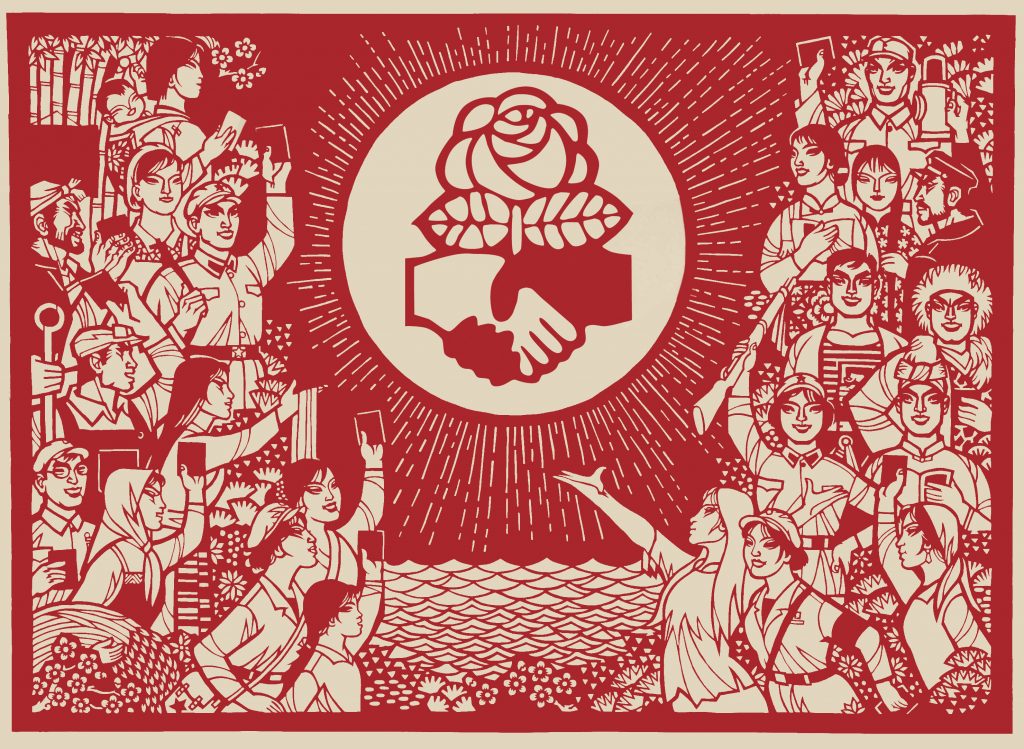 Since his inauguration, many are starting to wonder if Biden will follow through with his “FDR style” presidency given his renegging on student loan forgiveness, his first military action in the bombing of Syria, and the senate unable to secure the planned $15/hr minimum wage in the last stimulus package. While many are still holding out hope that Biden can be pushed further left, there’s another discourse happening around what is the best path forward outside of the democratic party.

A tweet by Ryan Knight, a controversial socialist figure, started doing the rounds as many people criticized his stance of going from a typical liberal to a Green Party advocate.

Many find the jump from a Warren supporter in the 2020 primaries to “further left” than the DSA as a radicalization pipeline inconsiderate of material conditions.

One DSA organizer in New York, Honda Wang, took to TikTok to tackle this standpoint and talk about the importance of backing the organization.

“Radicalizing so quickly that you ‘skipped DSA” is what Peter Camejo might call the “liberal to ultraleft pipeline.” First, liberals believe their political positions make them good people, so when they radicalize they’ll say things like “I skipped DSA’ which allows them to continue their sense of superiority by being the furthest left in the room.”

When it comes to radicalizing forces, Wang and many assert that to ignore Bernie’s impact would be negligent to the understanding of the material conditions of the politics of the last few years. Take DSA’s numbers, for example.

“Newly radicalized liberals who oppose electoral approaches abandon the very mass action like the Bernie campaign that first brought them and countless others into the socialist movement,” Wang said. “This viewing “leftism” as a consumer subculture where these new radicals will  label themselves as “ancoms” or plot themselves on a political compass but really using these labels is about as meaningless as saying you shop at Target and not Walmart. You’re just cultivating a political brand not applying a political strategy derived from a socialist, materialist lens.”

Where many advocates of DSA politics really see the org’s strategies shine is in the local area. In Chicago, for example, monumental and effective councilmembers like Rossana Rodriguez and Carlos Ramirez-Rosa

Amidst the pandemic, even, campaigns like #TreatmentnotTrauma headed by Rossana Rodriguez have made some headway in how the city is budgeting and approaching issues like defunding the police and tackling gentrification. Many see the power of mass organizing in the local political arena and are emboldened to use the unique positioning of the DSA to continue to grow.

The biggest adversary to this line of thought seems to be the aesthetics of what many cite Peter Camejo as calling “Ultraleftism.” Camejo coined the term in a Speech to the Young Socialist Alliance in New York City, June 14, 1970. As Camejo puts it, the strategies of “UltraLeftism” confuse the actual goals of socialist organizing.

“The trick is to make the issues non-issues,” Camejo said. “Make them so nebulous that they have nothing to do with concrete realities. Instead of demonstrating to bring the troops home from Vietnam now, which is very concrete, they call for “Stop imperialism.” Nothing like an abstraction. Even Nixon can say, “I’m against imperialism too — that’s what Britain and France and Holland did in the 18th and 19th centuries.” But Nixon can’t say, “Bring all the troops home now.”

An article this month by Brian W. in the Washington Socialist expands on this thinking for modern understanding. According to the piece, online discourse has only made this aestheticism worse.

“The liberal-to-ultraleft pipeline is often accompanied by an obsession with labels that have no applicability outside of branding on internet forums. What’s the difference between a De Leonist, Council Communist and a Syndicalist when none are able to fill the room they reserved at the library with working people?”