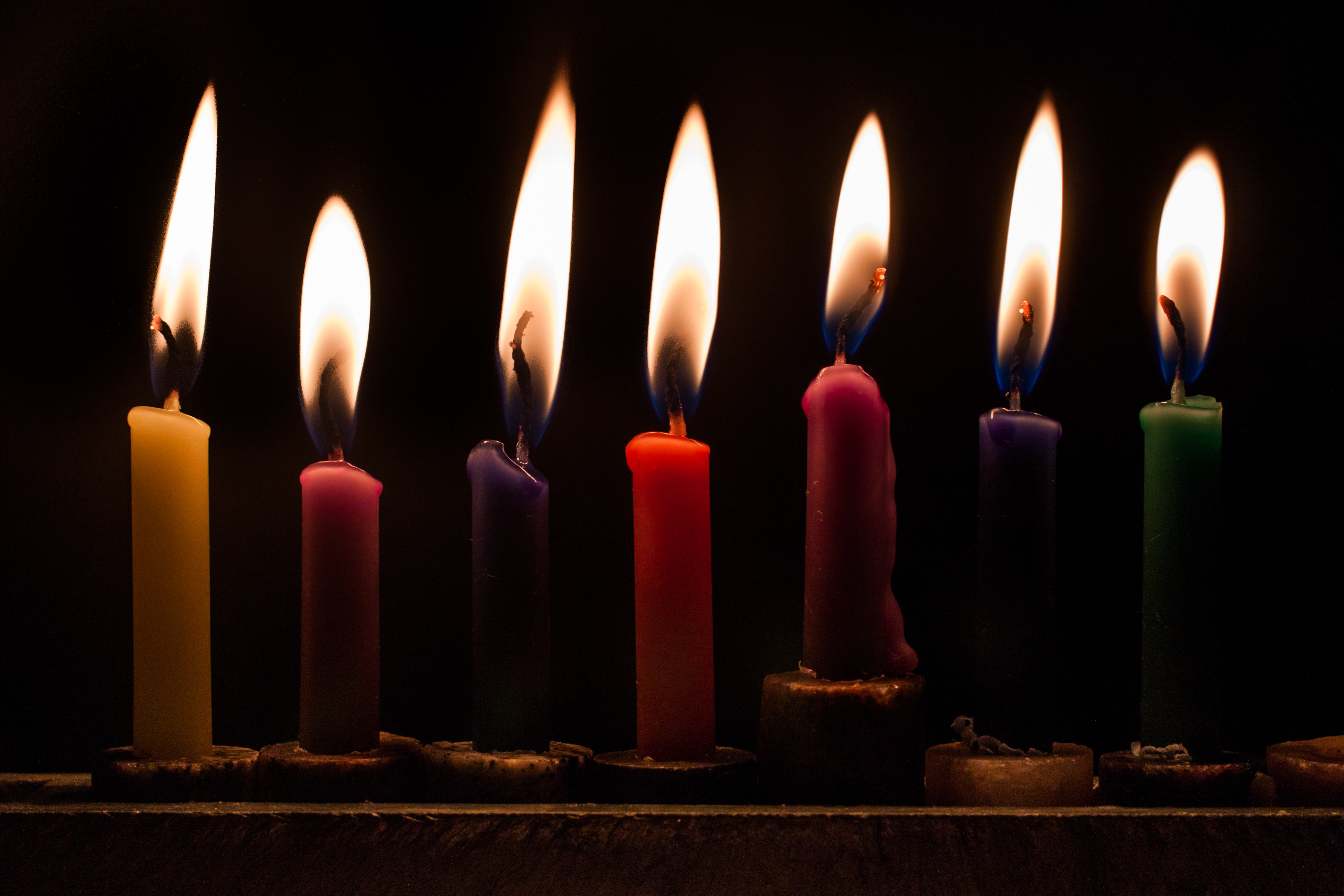 Oy to the World

Hi, my name is Anne, I’m a nice Jewish girl from New Jersey, and for the record, I don’t hate Christmas.

That said, every year I begin experiencing Christmas fatigue immediately after Halloween when the massive Kroger in my town starts playing Christmas pop songs and puts out a mile’s worth of Christmas cards, gifts, and candy. I have no idea where the Chanukah candles might be, but my guess is somewhere in the back.

In fact, two years ago I was singing a concert in Sheboygan, Wisconsin during Chanukah, and I went to CVS to buy Chanukah candles for my adorable travel menorah. Not only did they not stock them, but when I asked for help, the cashier said, “What kind of candles?”

Recently, a friend of mine expressed her disappointment on Facebook that the Arcadia Christmas House in Phoenix would not be lit up this year, due to complaints from some the owner’s neighbors about power outages and traffic in the neighborhood. She had been looking forward to sharing this traditional festivity with her young son.

In the article that she posted, a local man commented that he thought it was “Grinchy” to shut down the Christmas House, and wondered, “What’s next, are you going to take away apple pie and baseball too?”

I find this statement unnerving. The celebration of Christmas, unlike “apple pie and baseball,” is not a universally American concept. Certainly, it has become a national holiday in that most places of business are closed, but what we seem to be overlooking is that Christmas is a Christian holiday, not an American one.

But I think this flattening of the meaning of our holidays speaks to how Americans are relating to each other in today’s climate. Many Americans would rather leave it at “Jewish Christmas” than hear the story of Judah Maccabee and the miracle of the oil in the destroyed temple.

The funny thing is, Chanukah isn’t even important. To quote the Jeanine Tesori-Tony Kushner musical Caroline, or Change, “Chanukah, oh Chanukah / Oh, dreidel and menorah, / We celebrate it even though / it isn’t in the Torah!” We give gifts on Chanukah because, at some point, Jewish kids felt left out because their families didn’t put up Christmas trees and they didn’t get Christmas presents. Chanukah has evolved into “Jewish Christmas.” We’ve even got, to my dismay, a Jewish version of Elf on the Shelf, called Mensch on the Bench.

It’s not just Christmas, either. Passover and Easter fall at approximately the same time each year, and while it’s easier to find matzah and Manischewitz than it can be to find Chanukah candles, I have spoken to people in the past whose only knowledge of Passover connects it to the Last Supper and the events leading up to Easter. (Fun fact: in French, the word for Passover is “pâque juive”—quite literally “Jewish Easter,” and evidence that this is not a uniquely American issue.)

This is not to say that we shouldn’t try to find common ground and celebrate what draws us together as Americans and as human beings. But finding common ground needs to begin with curiosity; we need to leave our comfort zones and learn about someone else’s culture on its own merits, not only as it relates to what we already know.

For example, both Chanukah and Christmas celebrate miracles. The miracles differ in character and importance—a small band of Maccabees fending off the Greek army and oil lasting for eight days versus the Immaculate Conception and the birth of the central figure of Christianity—but nevertheless, here is common ground.

Or how about the fact that the Maccabees were persecuted for studying the Torah and Jesus was persecuted for preaching his beliefs? And then what if we took these similarities and asked questions about festivals in Islam, Hinduism and other religions practiced in the United States, to find out what commonalities draw them all together?

Yesterday a young Bangladeshi man set off a bomb in the New York City subway, and when asked why he chose that location, he said that the Christmas posters reminded him of the ISIS attacks on Christmas markets in Europe.  When I read that, I felt deeply sad that this young man was spurred to an act of violence by a commercialized Christmas that didn’t include him.

Christmas is everywhere and I don’t expect that to change anytime soon, but what if we could make it a symbol of inclusivity and not a reminder to those of us who are not Christian that we don’t quite belong? Isn’t that the true meaning of Christmas anyway?

Happy Chanukah to all, and to all a good night.