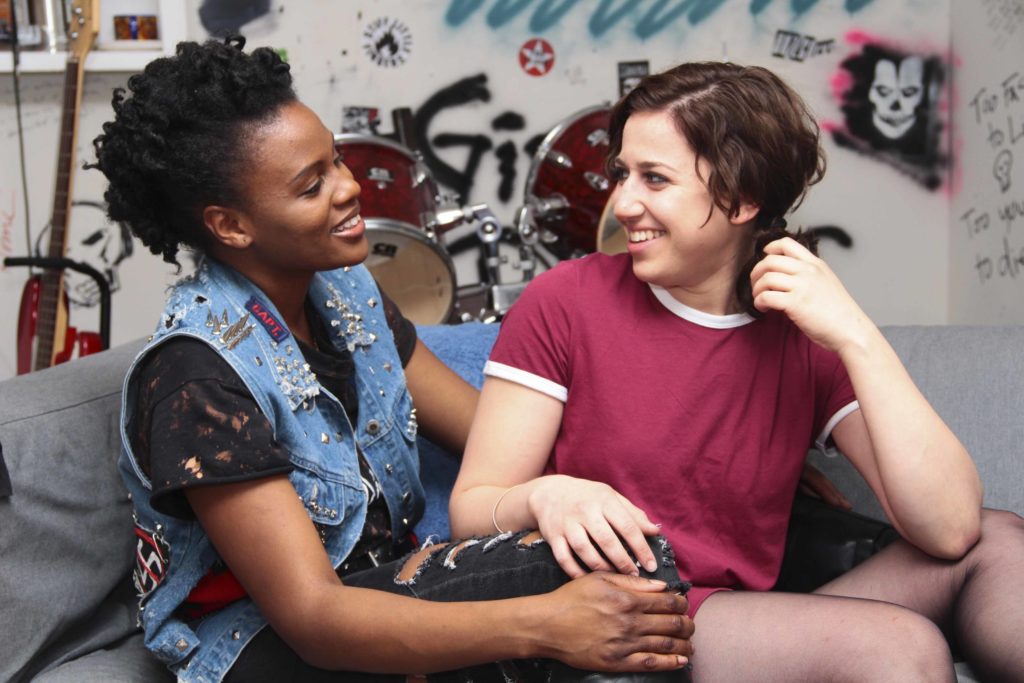 The Things Our Noses Carry: A Bodily Meditation Expression to Throat Punch

Editor’s Note: This is an expression by Felix Abidor in response to “Throat Punch” from Nothing Without a Company.

Throat Punch is set in a 1980’s Chicago squatters’ den, whose walls are stamped with punk platitudes, a Jewish girl from Skokie named Nat (Alicia Jade) enters. Her modest red dress clashes with intentionally ripped stockings. And her nose clashes with its prime accessory: a bloody tampon shoved up the right nostril.

My father told me recently I look like a Roman Emperor.
He was either high, making me feel better, making himself feel better,
Or—most likely—all three.
The Romans would have killed us on sight,
As would many movements and organizations before and after.
We are Jews,
Clear as Day.
The people around us mark us
By our noses.

In Northern California, where I am from—
Actually, I am not from there, but it is the only place where I have ever felt really at home, so I say I am from there most of the time—
There are these massive boulders that just pop out of the ocean.
Really, they are less boulders and more small islands…
Anyway, these boulder-islands rest just offshore.
In the Pacific Ocean.
And as they rest in an ocean, their environment is always changing
Sometimes the waves rise like monsters,
Sometimes the sea just crinkles around the edges,
Sometimes the Humboldt fog engulfs everything,
Giving the area its local moniker “The Lost Coast,”
But those big fucking rocks are always there,
Anchoring the character of the coast.
They are ocean-noses.

When my family moved to Arizona,
The first town we lived in had seven churches.
And this is not a town that needs seven churches.
It was church-overkill.
My parents—bless their East-Coast hearts—
Thought everyone in Arizona dressed like cowboys.
So I showed up to the first day of fourth grade in leather boots
and a borsalino.
People barely noticed the hat
But my nose…
They had never seen a real-life Jew before.
So they called me Jew-Nose Jeff.
I would have preferred Cowboy Jeff.
I don’t go by Jeff anymore.

We don’t talk about Jewish noses these days.
It’s been a bit of a faux pas over the past few decades.
But we know one when we see one.
We know one when we have one.
It has a gravity and a radiance;
It cannot be ignored.

I have passed through a lot of subcultures
Punk, band geek, intellectual, hippy, artist, man, lover, son, brother…
My hair has grown out, cut, and styled;
My eyebrows have retreated;
My teeth have straightened and yellowed;
My body seesaws between all the sizes in creation.
The one constant:
My nose.

I used to resent it.
Jew-Nose Jeff.
I wished that I could blend in with those cultures,
Jew-Nose Jeff.
But they rotated around my nose like the axis mundi.
Like the sea around those boulders:
Adjacent, but never together,
Compromising without surrender,
Connected only within itself.
Harmonious
Inescapable
Identity

Throat Punch follows the lives of three people navigating the 1980’s Chicago punk scene. The entire play takes place within their squalid apartment, as they bond, fight, snort a variety of drugs and sometimes even play some music. The windows in the venue remain open to capture the noises from outside.

Likewise, most of the important action takes place off stage: in the transitions, or in each character’s identity and past. Within the liminal space of the apartment, the characters seek to reconcile—or erase—their identities to the challenges and dangers of Ronald Reagan’s America…

Throat Punch runs Thursday through Sunday nights at the Chicago Mosaic School, 1101 North Granville, from May 10- June 3. Tickets can be purchased online at nothingwithoutacompany.org, or at the door. Tickets are $20 for general admission or $10 for students and industry members.

Published in Expressions and Opinion