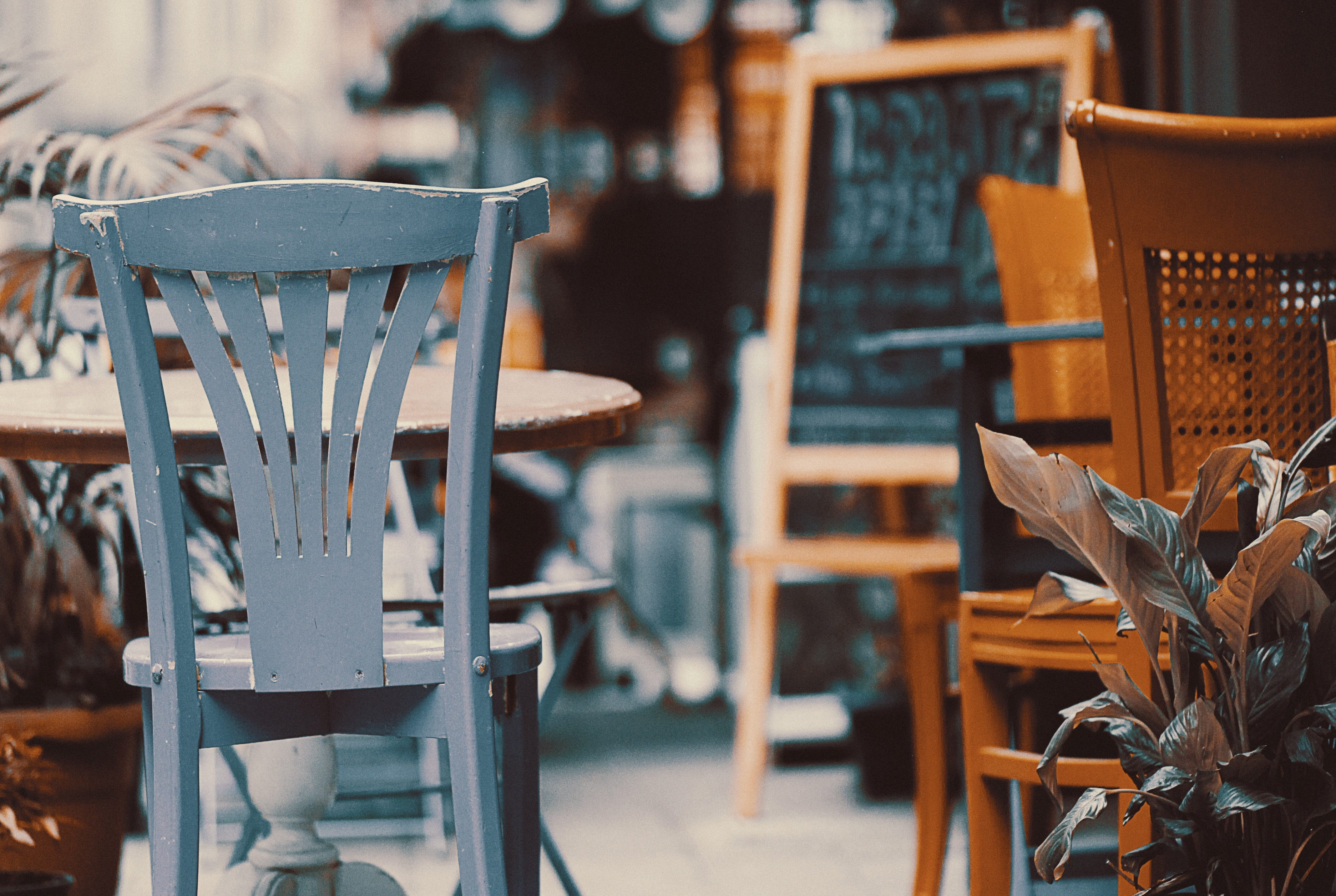 Chicago Restaurants Can’t Have it Both Ways

In the first week of May, Pritzker gave into The Illinois Restaurant Association’s urges to reopen at-restaurant dining. Originally set to open as part of Phase Four on June 28, the association swayed the governor into expediting reopening to May 29. Alas, Pritzker resumed outdoor dining on June 3, and indoor the week of June 22.

Pritzker rushed the phases not because Illinois was doing unexpectedly well with COVID-19 numbers, but because of capital interests. Sam Toia, president and CEO of the Illinois Restaurant Association, told the Tribune that he was surprised at the seeming lack of impact his private power had on Pritzker.

“The state did not really collaborate with us,” Toia said, “and we’re the largest private-sector employer in the state of Illinois. We’re having some communication now, but the plans are already out there.”

Since Illinois shut down in March, it seems the largest project of government and the private sector is normalizing COVID-19. Instead of being protected from it, we’re being coerced into just living with it. We have corporate hiring signs saying things like, “You, too, can be an essential worker,” we have schools reopening despite case numbers rising. We are most likely headed for a brutal second wave and congress hasn’t renewed unemployment benefits.

I’d like to call all of this cognitive dissonance, and, to an extent, it definitely is. I feel like cognitive dissonance has defined my year: voters saying they support Bernie’s policies but must “safely” vote for Biden, national surveys saying a majority of US American’s support Medicare for All but the federal level saying it’s too radical, Trump flat out denying the severity of COVID-19. Businesses opening, even though we’ve been closed for less case numbers.

However, there’s something more specific going on here than beliefs not matching reality. What’s happening is that the US has humanized capital. The hasty reopening of restaurants as advocated by CEOs is a cog in normalizing COVID-19, but the path was already laid by the fact that the USA thinks of business as people. Corporations are lawfully people, and humans are just the blood that makes it go round and round. If you think of it all this way, instead of assuming that the US prioritizes human health, then these reopenings make more sense.

“This puts its largest private sector employer at risk. Restaurants will not last much longer without direct, targeted relief and practical regulations at all levels of government.”

Person-to-person, it’s not normal to regard inanimate objects as more valuable than human beings. If you go bigger, though, and change the discourse to be about business and profit, it’s normal to regard the unliving, private sector as “at risk,” as if it can contract COVID-19 and die.

In perfect conjunction with the expiration of the $600 weekly unemployment benefits, CNN released an article titled, “Employers are having trouble hiring. They blame the federal $600 unemployment bump.” The piece is a “We can’t directly bash these unemployment benefits since we’re supposed to be ‘liberal,’ so we’re going to talk around it using the ‘issue’ of small businesses.”

The article’s goal is to emphasize the faltering health of a small business, but in the first sentence it describes a scene quite unhealthy for pandemic times. The article introduces a small business in Buford, Georgia that “has more customers than its staff of four can handle, even with the owner pitching in to prepare orders.”

I don’t know anything about this particular business, but investor Zalak Thakkar reads unashamed in a statement about paying exploitation wages. He also describes overworked employees in the same breath that he complains about profit:

“The eatery wants to hire one or two more workers but is having a hard time finding takers for the positions, which pay between $8.50 and $10 an hour,” said Thakkar. “Those who send resumes, he said, don’t answer follow-up calls. It’s hurting the store’s bottom line. The employees are overworked, and sales are down 5% to 10%, in part because customers leave when they see long lines.”

The talking points used in the CNN article mentioned earlier normalizes working during COVID-19, and, at that, working for low wages. But it’s okay, because it’s a small business!

I mostly mean “small business” as in the identity, PR, kind of abstract sense. The Georgia restaurant featured in the CNN article may be a small business technically speaking, but the aspect I’m more concerned with is the rhetorical, cultural trickery that says small businesses are allowed to dodge paying living wages while complaining about profits during a pandemic. Why? Because they’re “small.” They’re “local.”

I sympathize with the principle of a genuine small or local business, but this article exploits the concept to guilt workers about enjoying a living wage while being safely at home. Something that takes audacity, seeing as there are barely any jobs out there to begin with.

“Small” and “local” as marketing terms are weaponizations of cultural ideas. Remember how lots of big Democrats were into “#Metoo,” then deleted past #Metoo support Tweets once allegations against Biden entered further into the public eye? Or how Trump was a beacon of hope for white working people, even though he’s a stone cold capitalist? Or even, how all mainstream coverage of the congressional lag on COVID-19 relief only seems to cite Republicans as concerned with workers being spoiled by $600 weekly benefits, when “liberal” media is writing articles like that above. Or like this story about an at risk, financially strapped  84 year old taking work at a hotel during COVID-19, but make it fun. 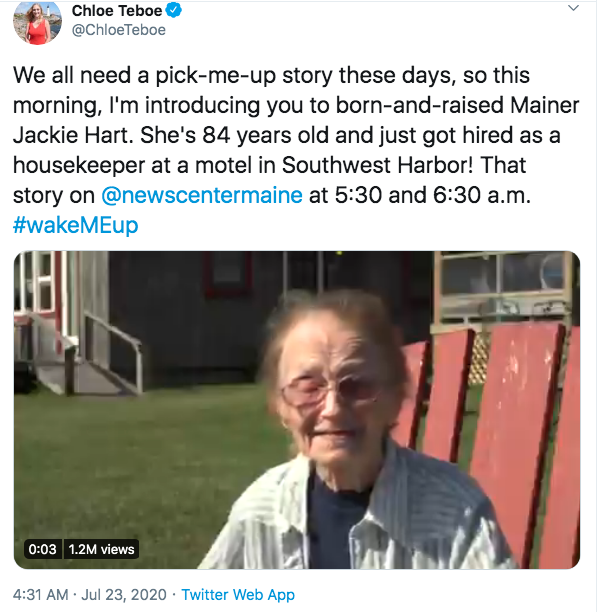 A Chicago business using identity politics to remain “local” is Big Star in Wicker Park. When I say Big Star, I mean all of Corporation One Off Hospitality Group’s restaurants and bars, like Dove’s Luncheonette, Publican Quality Meats, The Publican, The Violet Hour, Laurel Room Rooftop, Avec, Cafe Cancale, Blackbird and Pacific Standard Time. All super gourmet and expensive.

“Our definition of hospitality is as eclectic as the spaces and faces that comprise our group. If you ask us, it doesn’t matter if you’re dining at a Michelin-star restaurant or seated on a patio sipping margaritas. What matters is the invaluable experience of making memories and reliving forgotten ones against the backdrop of thoughtful, sustainable food and drink,” says the About Us page. “For over 20 years, One Off Hospitality has developed and operated some of Chicago’s most beloved places to eat and drink.”

When I think of One Off’s businesses, I think of gentrification (Dove’s, Velvet Hour, and Big Star each have a corner in Wicker Park), so it’s ironic they mention reliving forgotten ones. If you ask them, apparently it doesn’t matter how fancy the place is–except, all of its restaurants are too expensive for most people to afford.

Amazingly, One Off scored a PPP loan of anywhere from $350k to $1 Million for 26 employees. I’m not sure how their finances are in COVID-19 times, but they appear to be keeping up business. On April 3, One Off closed delivery and takeout operations for a span, but it was kind of because they were doing too good.

One Off, due to its apparently banging business, also needed to hire more staff to accommodate orders. So, why is One Off skulking around on Go Fund Me, asking working people to help front employee care costs? It’s a corporation. It’s like McDonald’s emailing you asking for a donation. Except not, because One Off’s places are cute and hip.

One Off laid off all of its hourly employees via email March 20. A Block Club Chicago article quotes former employee Justin Wettstein, who said,

“They try to promote themselves as we’re this big family, we take care of our employees, people like working for us. And it’s really a giant corporation now,” Wettstein said. “They don’t have the interests of all of their workers in mind. They’re concerned with self-preservation.”

The fundraiser description says, “We will be distributing a portion of these funds through gift cards to help our staff purchase everyday essentials and groceries, as well as committing a portion of the funds to extending our team’s medical insurance while they are unable to work.”

“Extending medical insurance,” is nice, but only a minimum reconciliation for stripping workers of benefits during a pandemic.

“For a company that’s been in business for this long and is probably one of the most profitable in the city and has multi-millionaires as partners, we need to save on health insurance premiums?” Wettstein said.

Ultimately, One Off only planned to pay employees’ health insurance through April, but later extended through May, leaving them on their own come June 1. The Go Fund Me page assures 100% of the profits will go to staff, but is super heavy on the word “portion” when entering specifics. In the lay-off email, One Off told employees that, once the industry rebounds, they’ll be prioritized for rehiring, and “considered,” for the relief fund–an exquisite loop hole for the term “100%.”

The portion of funds allocated to employees for necessities and food was distributed in the form of Mariano’s gift cards, in amounts between $100-$300, depending on how many hours they worked in 2020, and a financial need survey so the owners could determine who gets what.

“They’re not thinking of actual people, they’re thinking of what’s good for business. I’m wondering what kind of relationship [they have] with Mariano’s that it happened like that,” an anonymous employee told Block Club.

One Off Hospitality is confirmedly not a small business, but it has a “local” aesthetic which has normalized its use of Go Fund Me, a people’s socialism that has attempted to insufficiently replace medical insurance and other social safety nets.

As I said, I sympathize with genuine small businesses, but not with capital sucking them up into identity politics to manufacture consent. Why is corporate media suggesting that I’m wrong to choose $600 weekly over $8.50 hourly for sweating and breathing in a contaminated room? That I should go get a job, despite Illinois offering 600,000 fewer jobs in the state than there were a year ago. Why is One Off Hospitality asking me to subsidize employee care with my own money?

All of this while One Off cannot guarantee safe working conditions for employees dealing with the public serving on patios.. According to Eater, ownership closed Big Star after it was found that an employee contracted COVID-19. This was preceded by a worker at Publican on Fulton Market testing positive.

Anyway, here’s a Go Fund Me for that old lady, made by viewers who agree her story is not a “pick me up.”