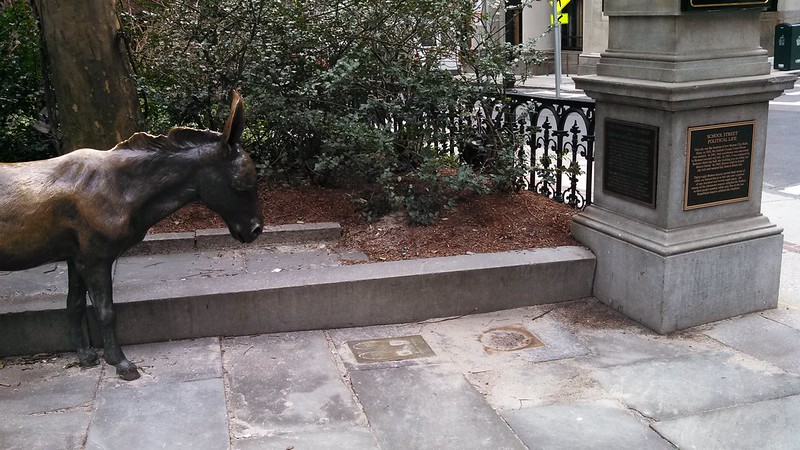 Being “Leftist” Doesn’t Actually Mean Anything

In the age of declaring Antifa, (or the act of being anti-fascist,) a terrorist organisation, political delineation has become a semantic practice used to keep people divided. To be “Left” or “Right” means little without the context of nation, decade, or class but in the case of Trump’s America and the working class, these distinctions are meant to contextualize the goals of the Democratic and Republican party.

Now I know what you’re thinking. This is already somehow reductionist. So to expand on this, I’m going to define some terms, starting with Liberalism.

As defined by global politics, Liberalism is the prioritizing of individual freedom over the needs of the government or the many. In that line of thought, both Republicans and Democrats hold intrinsically Liberal values. Recognizing and actualizing identity of race, gender, and ability is a Liberal thought, but technically so is the freedom to amass wealth (aka Neoliberalism,) as well as the freedoms espoused by the NRA and the religious right.

In short, Liberalism means freedom. While what Democrats prioritize in Liberalism is called being Liberal, Republicans call it defending freedom. In modern American discourse, both sides of the aisle are entrenched in their own manifestation of individual freedom, for better or worse.

This is why it’s common to hear someone that considers themselves Socialist be disparaging toward Liberals. Some Socialists feel even “left-leaning” Liberals make concessions too frequently to “right-leaning” Liberals, and that without true representation, working-class priorities will always be considered too “left-wing.”

So then what does it mean to be right and left-wing? I’ll start here, using the analysis section of the “famous with political science majors” Political Compass Test. For many this is the most common usage of referencing Left and Right as an economic line, and The Political Compass uses historical figures to show this.

We can show, for example, Stalin, Mao Zedong and Pol Pot, with their commitment to a totally controlled economy, on the hard left. Socialists like Mahatma Gandhi and Robert Mugabe would occupy a less extreme leftist position. Margaret Thatcher would be well over to the right, but further right still would be someone like that ultimate free marketeer, General Pinochet.

A two-party system has made it such that reductionism is inherently at play in modern political discussions. In the context of a nation intensely divided, with fissures on the left and the right, to be Liberal has been equated with what the political compass means to be Libertarian.

Libertarianism, on its own, is the political philosophy that maximizes Liberty. In modern American politics this has equated to what the Political Compass calls Anarcho-Capitalism. This is the extreme to the position of Authoritarianism, where society believes there must be someone to obey and someone to be obeyed.

All of this preface is to say that I did recently retake the Political Compass. I think it can be argued as reductionist, and upon digging into the historical usage of left and right, assumptive and dependent on Americanate usage.

What I appreciate about the Political Compass test and know to be true is that political identity has more than one spectrum. A political stance can not be solely Left or Right; to boil all of human discourse into a binary so extreme is inherently flawed.

So where does the equation of Leftism with Socialism come from? The first usage of these directions as political ideology comes from the echos of the French Revolution. In assembly, those that sat to the right of the president had some degree of authoritarian sentiment while those that sat to the left had some degree of libertarian sentiment. This spectrum paralleled the Russian revolution in that the State referred to Leftists as those that stood against Stalin’s Party while those that were considered of the Right supported the authority of the party.

In other words, 19th-century political discourse decided on one spectrum: Authority or Liberty. Most political revolutions fought in this time had echos of this discourse.

Where the meaning of Leftist thought changed for Americans was in the mid-20th-century with McCarthyism. To be Leftist was to be sympathetic with the Communist Party, plain and simple. And in the case of American politics, this was economic policy in its purest form, as the Communist Party’s main platform was delivering for the Working Class.

This is foundation of the “American Dream” shit here, people.

I also think this potentially empowers those who we call “Liberals” to recognize that things that are considered “right-wing” like religious morality, white supremacy, drug criminalization, and the patriarchy are actually Authoritarian ideals.

Subjectively, when I say Leftist I mean economically left. When I say Liberal I mean Libertarian, for better or worse. I think a lot of Socialists do the same. This was taught to me and many by the Political Compass, but from now on I might just refrain from using left and right wing. I think it’s too contextual, especially in the reductive practices of the Democratic and Republican party.

For me, that’s what we’re talking about here. For those that equate Liberalism with Leftism and for those that equate Socialism with Leftism, the Democratic Party fails on both accounts. Instead, I challenge you to think about where you stand on multiple spectrums, starting economically and authoritatively and go from there. Work that understanding against party platforms or be forced to reductionist treatment for decades to come.

Maybe that can help us get out of where we’ve ended up.