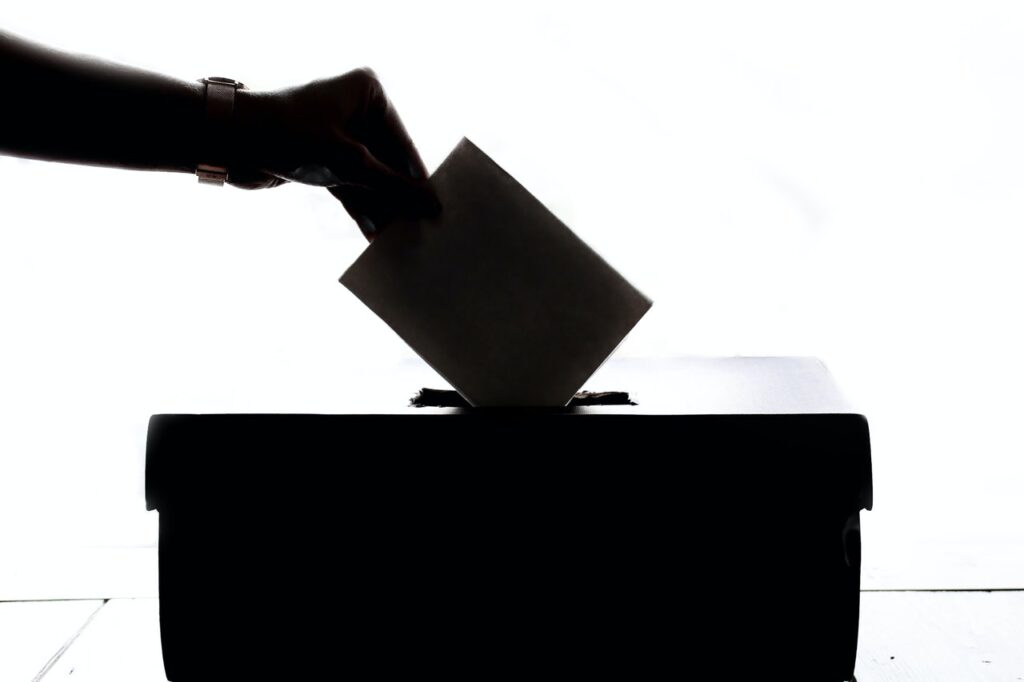 We Need to Abolish the Electoral College

Every four years leading up to November, Americans become students of electoral practices, how best to achieve true democracy, and how the way we do things should or shouldn’t be changed. Well, I think they should, and it might need to start with the electoral college.

In many ways, the material conditions of American culture are top down in structure. Things like Reaganomics and Corporate ladders appeal to an Americanate Capitalist belief that change happens at the executive level, and electoral politics are no exception.

This is because party identity stems from that electoral season’s presidential candidate. To me, the perfect example of this is how quickly the Republican party was able to adopt Trumpian Republicanism in 2016 after his election when literally months before there were 19 nominees for Republican, all trying to draw lines in the sand from Trump’s rhetoric.

This is to say that American political parties, at least, are pretty adaptable to their figurehead. This further complicates things for third parties, especially considering they are denied federal funding unless their presidential nominee is able to secure 5% of the vote.

Many make the case that you can vote within the bipartisan system for president and then vote third party down-ballot, but that is literally not how the system works. Third parties aren’t even considered for national debates until their presidential candidate receives 15% of the vote.

So Where Does the Electoral College Come In?

The way we get the electoral college’s numbers are constitutional. They come from Article 2, Section I (So pretty early in) which says that the amount of a state’s electors comes by adding together their number of senators and their number of representatives.

Those with a basic understanding of proportions will see how this can become problematic quickly.

Take Wyoming, for example, which has 1 electoral college vote for every 193,000 people, while California has 1 vote for every 718,000 people. That means each vote in California is a third of the weight of a Wyoming vote, and this happens in many states, with the common denominator being whether a state has major cities that normally vote democratic, whose votes are made to be worth less.

This is a well known fact for most Republicans, Trump even came out and said it earlier this year, saying “Republicans would never have a president in this country again” if democrats were able to correct the system as is.

This is especially true in the aftermath of that presidential election when Trump lost the election by 3 million votes while still winning the electoral college by 77 votes.

This holds true as analysts discuss what to expect from the 2020 election. Nate Silver of 538 has already started outlining the disparity on any medium he can, including on Twitter:

I mention this because it’s also the onset of the nation’s last two Presidents. This is certainly not meant conspiratorially, but it is meant systemically: the effects of population and electoral college disparity have increased over time, and without adaptation they will only get worse.

What Can We Do With the Electoral College?

There are really only two paths to do this: reform the way the electoral college is measured, or abolish it entirely. Both have been attempted by Congress in the past.

Reform was attempted first in 1950, according to FairVote.org, and it was called the Lodge-Gossett Amendment. This Amendment was the most common sense: electoral college representation would be awarded based on the number of popular votes a state received.

The Lodge-Gossett Amendment passed the Senate with a super majority by a vote of 64-27, but died a bitter death in the House.

A later amendment came much closer, the Bayh-Celler Amendment, in response to the 1968 Election in which a third party candidate almost created a coalition government, and it proposed that the electoral college be replace with a system that was proportional to population with a 40% threshold to clear. In the case that threshold wasn’t met, a runoff election would be held.

It was wildly popular, securing the House vote 338-70, yet failed to pass in the Senate due to a filibuster.

This is the closest we have gotten in history to abolishing the electoral college entirely, but in recent years there have been attempts to call for abolishing directly.

The first was introduced in 2017, a House Resolution that hasn’t moved much since its introduction.

Besides that, states have started taking it upon themselves to join a coalition called the National Popular Vote Interstate Compact which is a pledge for these states to send all of their electors in reflection of the popular vote outcome. While a roundabout way to go about it, this would effectively render the electoral college useless. It wouldn’t take effect until a majority of electors, 270, agree to it.

And honestly, it’s pretty close. It only needs 74 more states’ worth of electoral votes, and when that happens these states electors will vote with the popular vote in protest of the electoral college. It’s an interesting example of ground up structuring that works well against the otherwise top down approach to the electoral process.

Otherwise, abolishing the Electoral College would need to be a constitutional amendment. This means it would need to pass in the Supreme Court as well as the two congressional bodies. That means that no matter what, we’re a long ways off from it happening.

If you want to check if your state has already pledged to the Compact, you can check above. Most states whose electoral college awarding already matches the popular vote have already pledged, including New York, Illinois, California, and Washington.