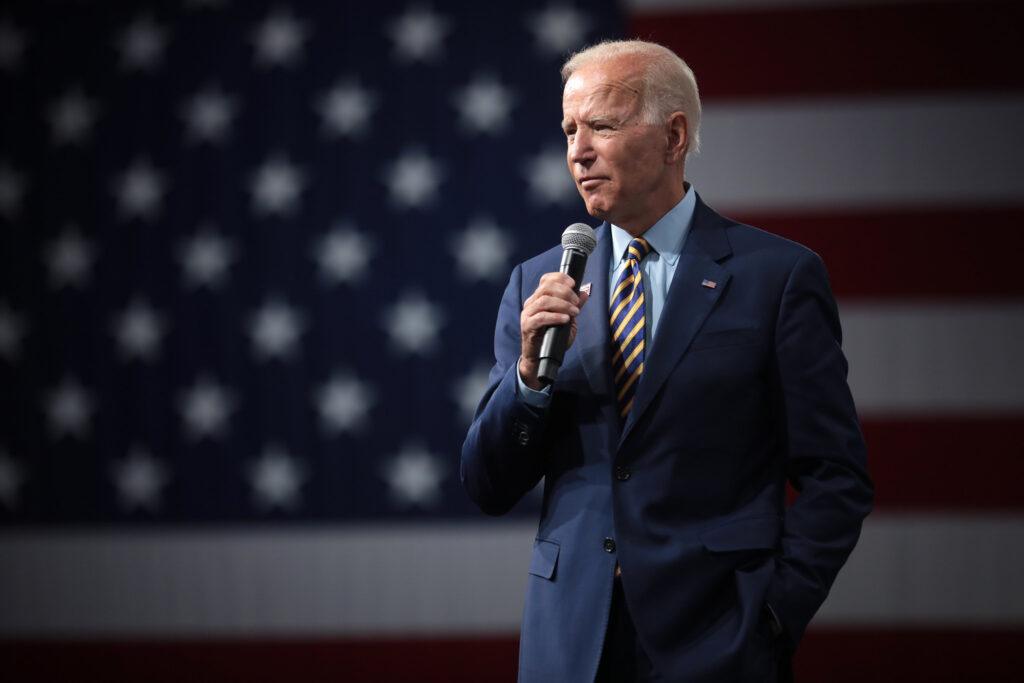 A rift has been spoken to in the Democratic party in the week since the 2020 election results. For many liberals and socialists, the Democratic Party has failed them in their policy platform and have failed down-ballot congressional candidates by not providing a tangible alternative to GOP policy.

For that reason, and as an extension to the planned executive orders by the Biden administration, Scapi Magazine has surveyed its readers and researched activist demands from the democratic primary to compile a list of demands for the Biden presidency.

Rejoining the Paris Agreement is just the beginning. The United States of America has the capacity to do groundbreaking work to combat the effects of climate change and many believe we are already too late. This includes but is not limited to making specific commitments around achieving a just transition to 100% Clean Energy by 2030 for electricity, buildings, and transportation. This can be done by creating tens of millions of jobs in green stimulus and infrastructure investments as laid out by these plans. This also includes prosecuting the fossil fuel executives and lobbyists who have criminally jeopardized the future of humanity.

A mask mandate, rejoining the World Health Organization, and providing healthcare to all afflicted by COVID-19 were necessary before, and especially so once the Biden administration takes office in January.

The economic conditions that have led CEOs to make profits while millions live off of unemployment and are at risk of housing insecurity must be reversed if the American economy is truly going to work for all. A Universal Basic Income for all until a vaccine is accessible to all Americans would be the bare minimum.

Support the Affordable Drug Manufacturing Act to allow the government to manufacture generic versions of drugs and dramatically lower prescription drug prices. Support Medicare for All, especially in light of the coronavirus pandemic. Champion the repeal of the Hyde Amendment and people’s ability to access abortion care regardless of their income of zip code.

Millions of Americans live in debt based on their desire to build a better life and pursue secondary education. Supporting free undergraduate tuition for all public schools regardless of income, citizenship status, or criminal record and cancelling the entire $1.7 trillion in student loan debt is the only way to combat the economic threat of the debt crisis in America.

Free the children. Reunite them with their families. This is the bare fucking minimum.

Commit to expanding DACA and providing protections from undocumented immigrants threatened by ICE and CBP. Hold these institutions accountable, end their deportations, and defund them. Open our borders and renew the promises for refugees and immigrants the United States purports to stand for. Commit to providing guaranteed access to counsel for all while making immigration courts independent and free of political manipulation. Commit to repealing 1996 immigration reform laws and creating citizenship pathways for all undocumented people with harmful provisions

End “pay to play” campaign practices, make the passage of HR 1 a top priority, anf adoption of strong anti-corruption reforms laid out by Senator Warren and Senator Sanders. Support the elimination of the filibuster, abolish the Electoral College, and expand the Supreme Court.

A public Universal Mail-in Ballot option to ensure all Americans have access to the right to vote. Combat gerrymandering by supporting reform at the state level to insure civilian oversight of electoral redistricting.

Raise marginal tax rates on the wealthiest of our country, combat tax loopholes that allow billionaire CEOs to profit infinitely by exploiting their labor and monopolistic practices.

End imperialist military practices that seek to expand American dominance passed our soil. Put an end to destablizing the governments of other countries by funding their opposition in Central/Southern America, the Middle East and Africa. Close Guantanamo Bay. Commit to seek Congressional approval on any authorization of war and support repeal of 2001 and 2002 Authorization for Use of Military Force.

Decriminalize cannabis and set free all citizens jailed unfairly on possession charges. Allow felons the right to vote nationwide. Work to establish reform of jails and prison using a system of rehabilitation rather than abject punishment. End the militarization of police that feeds police brutality and raises tensions between the police state and black and brown communities created by segregation throughout the country.

Federal $15/hr minimum wage and a system for continued raising based on inflation. Rebuild the strength of unions torn apart by corporate union busting practices throughout the country. Meet people’s material needs by creating jobs that take advantage of advancing technology without putting Americans out of work, and provide access to education starting with disadvantaged communities for this work where necessary..

The editorial staff at Scapi is considering how it will function within the material conditions of the American political system, as are many disappointed with the Democratic party’s practices, and if these demands are not met or at least made a part of the Biden administration platform then reform of the democratic may not be possible to achieve these goals.

Our question is whether or not reform within the party is even possible at this point. If it isn’t, it would make the most sense going forward to advocate for a third party solution that progressives can build from the ground up.

This is a living document, if you have something you would like to see from a Biden administration that isn’t included here, reply to the tweet below: