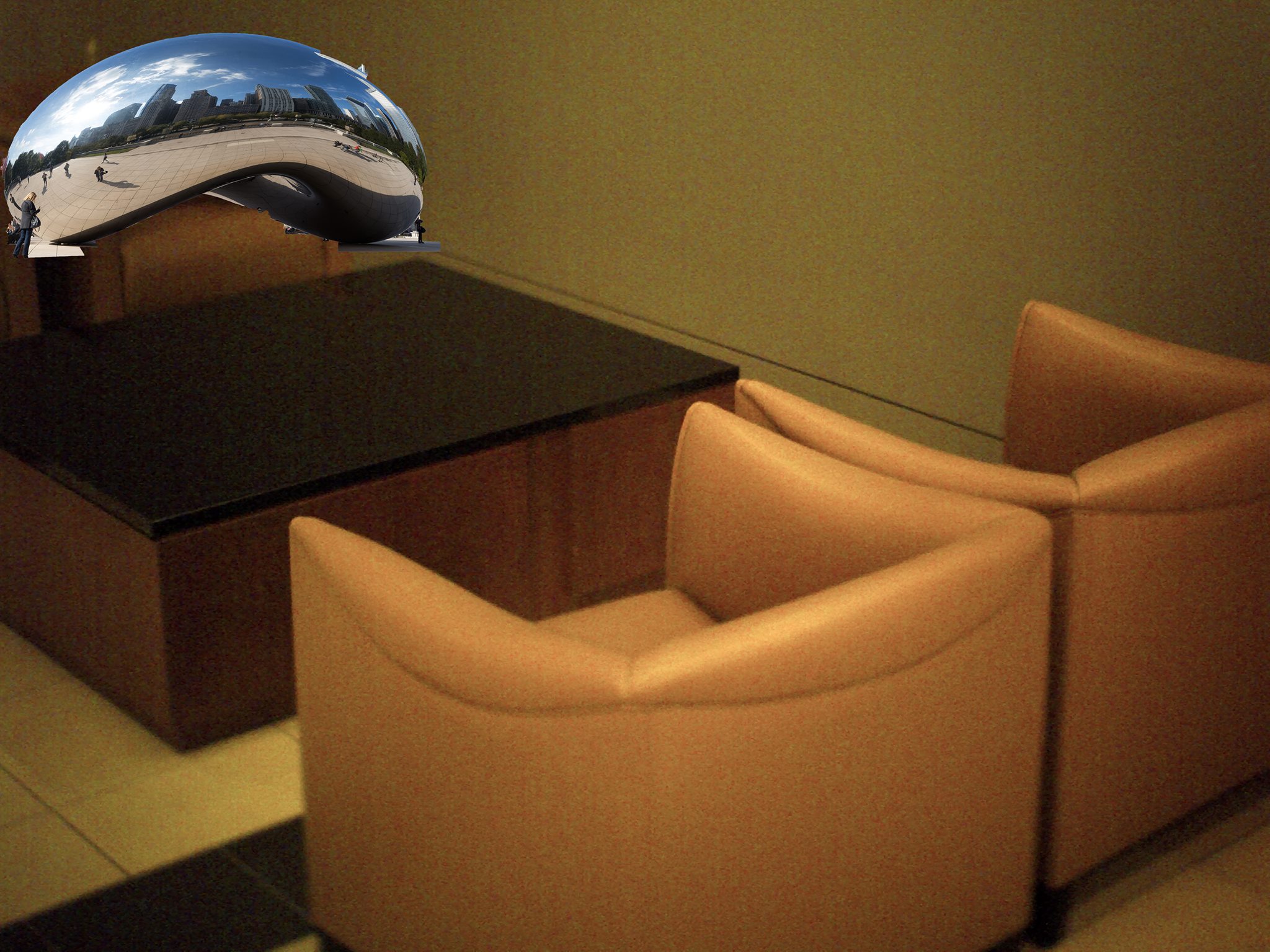 Processing the Finality of Bean Events

By Jessica Hiltabidle on November 2, 2017

If you’re anything like me, I’m going to have to ask you to stop that because in that case you basically are me and we can’t have that. I am unique and there can only be one.

If you’re sadly addicted to Facebook like I am, you may have noticed that the Bean is getting some special attention lately.

I find myself consumed with curiosity, fear, and above all, shame.

I tried to go scream like Goku, but I couldn’t make it because a dust mote dangling in midair in 3:05pm sunlight captured my imagination and I was rendered immobile for three hours. When I came to, I realized that it was a week after the event and I hadn’t actually planned on going to begin with. Plus the dust mote thinks it was descended from the dandruff of Marie Antoinette, which was fascinatingly dull to hear about.

I wanted to go flip the Bean over to help it achieve an even tan line. I really did. But that’s in the future and I don’t have time for that kind of nonsense. I am too busy considering whether time even exists. Until I decide that for myself, I see no point in becoming a slave to it.

I would like to share my distaste for sand with the Bean so very much. I never really understood just how much I hated sand until that event popped up in my newsfeed, and there became promise of therapeutic release from this beachy loathing in the guise of absurdist temporal meme-making. But I am not yet comfortable disclosing my feelings about sand. They are important to me. I am considering making some hate sand art to express myself. I hope it tears right through the paper. But then I remember that the windows that keep me separated from the doges in the park across the street are made of altered sand. And the vessels in which my frustrated tears mingle with a variety of fermented vegetation- those are made of altered (altered? maligned? manipulated and abused?) sand as well. How well does glass hold up to time? When must it be crushed underfoot and returned to that abominable crunchy substance that disrupts soil and Speedos indiscriminately? Perhaps that is the sand’s revenge for our meddling.

I am afraid for the Bean. I don’t know what the Bean is going to do with all of this unexpected viral fame. I’ve heard rumors that Pepe is looking terrible now, and ran into some trouble with a kazoo. I may be confusing Pepe with Macaulay Culkin, however.

I want to go on November 11th and release the Bean back to the wilds of Lake Michigan. I know we are all getting the Bean confused with Keiko the orca, or maybe Jason James Richter. I only wish I had Keiko’s filmography. Why? I hardly know.

I overheard a droll conversation outside under my window the other night and I desperately wanted to interrupt and ask just how much Windex they really need to Windex the Bean, and whether my half bottle of knock-off glass cleaner (or is it leftover Pepsi Blue? I wouldn’t know. I’ve never tasted Pepsi Blue or Windex). But I couldn’t interrupt because I was too busy yelling “Keep walking!” at the men.

I see myself in the Bean. I see my childhood, my memories of moments in time when certain objects and people were cool though I myself never was. Now neither those things (I’m looking at you, Pepsi Blue) nor I are cool. At least I have something in common with Macaulay Culkin now. Except that I know who he is and he does not know who I am. Does that make him cool again, or does that make me marginally cooler because I’m not known for Richie Rich? When I am sitting on the Blue Line looking out at the traffic, how can I know that I’m not also sitting in that traffic? Who’s to say that time is the same where I am as it is where I am not? Perspective is paramount. 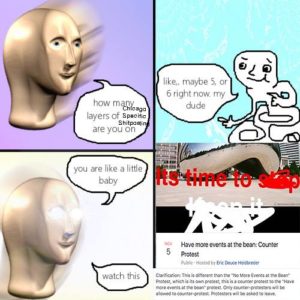 These are troubling times. Memes are no longer as simple as they once were. By the time I became familiar with the term “meme” they had already undergone enough iterations that my puny, finite mind could not grasp the concept. In my ignorance, I want to insist on a flat definition, a two-dimensional rendering of popular content. But no, because we have skipped to the fourth dimension, and I have not taken quantum physics. Three dimensional memes can’t exist. Unless you count the Furby. But no one should count the Furby.

I feel that every utterance of the word meme from my consciousness degrades the existence of the concept while simultaneously keeping it in my immediate purview. The speed at which this concept travels is bogged down by my attention to it.

Insistence on defining memes adds friction like failed sand art on the bottom of my shoes. Meme Proper (is that a thing? it is now) becomes tangled in the branches of my small toe-joint in the river of content. Fortunately, it sheds that outer skin that I am so attached to and continues while I am too busy contemplating it and myself in that one moment to notice.

I fear to describe where that river leads, since I know that the dinosaur that I am alters the existence of it as I think the words Reddit and Tumblr, as if my very naming of those currents renders them half obsolete. My iPhone is now three generations old, and my understanding of what is “cool” (please note how uncool it is to use the word “cool”) is exponentially older.

I have been invited to The Last Bean Event, and I HAVE ACCEPTED. Thankfully it occurs on December 31, and there are further events not planned for March of 2018 and so on. Based on the way I have decided time moves, in a non-linear way that I don’t have the credentials to explain, that last Bean event in December 2017 is the true final event. So, I am sorry that this temporal meme has met its timely end, and if my acknowledgement of its existence contributed in any way, well, that is the nature of the beast. Either way, I plan on not seeing you there. If I go, I know no one else will show. But if I begin a long, convoluted conversation with a dried leaf on my floor that prevents me from leaving the house for a week, I am sure the Bean Endtimes will go swimmingly. Perhaps I will send some tissues for the inevitable grief and mourning that will occur in my absence.