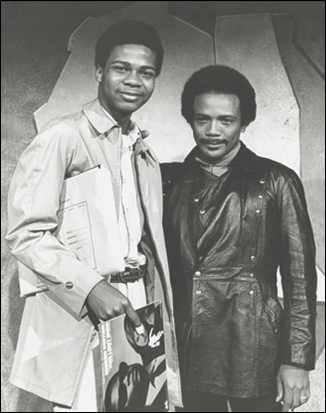 This is a published letter to the editor in response to an editorial in Scapi Magazine. You can find a link to that article here.

A little while ago I read Daniel Johanson’s excellent article on White Male Supremacy within classical music. I am myself operating in the field, and right now puzzled with a particular case and situation which I can’t help for understanding in the light of the same culture Johanson is addressing in his article.

I am currently working with the classical composer Primous Fountain, more precisely on getting his World Tour with the National Symphony Orchestra of Moldova to Scandinavia, where I am myself situated. Through closely following the composer I have become aware of a present situation which has been bothering me for a while, much because of its intangible nature.

A while ago Quincy Jones commissioned Fountain to create his second symphony, – the significant work was ten years in the making. Recently (to be more precise in October 2017), Jones personally and his managers, contacted the conductor Gustavo Dudamel and the Los Angeles Philharmonic with the intent to have the Symphony premiered. I don’t think it’s necessary to amplify how extraordinary this is; – an individual outside of the establishment commissioning a symphony, and then this person is Quincy Jones with his unique background and status. The performance was most certainly deemed to be a public success.

The conductor/orchestra acknowledged to have received the request, but never responded back. The silence since has been deafening.

And here, I feel it is required to mention that besides Jones, the composer is also black American.

LA Philharmonic is said to be between the less white male dominated orchestras and pride itself as one promoting living composers and diversity, between other things with its Resident Fellows program and now in the program for the 2018/19 centennial celebration. Without going further into the quality of the outstanding work of P. Fountain, which is widely praised by acknowledged critics and stands steadily own its own, it is also obvious that the work would fit into the orchestras profile on diversity and broad public appeal. So why would they choose to reject it? (which I guess is a reasonable interpretation of the lack of reply). And how is it possible that they not even show the courtesy of responding back?  Which in itself must be seen as totally disrespectful and an insult.

The “silence treatment” is an effective and unimpeachable tool when you don’t want attention or critical questions on what is actually going on. Would they dare to give a white public character as Mr. Jones (as far as I know there are none comparable), and a white composer of the same caliber as Fountain the same treatment? I wonder if there even within the LA Philharmonic, is a very distinct limit to the so-called diversity, – that it can only be accepted on a convenient level where it does not really challenge the hierarchy of the world order.

And then the next question is of course how to deal with a situation like this?