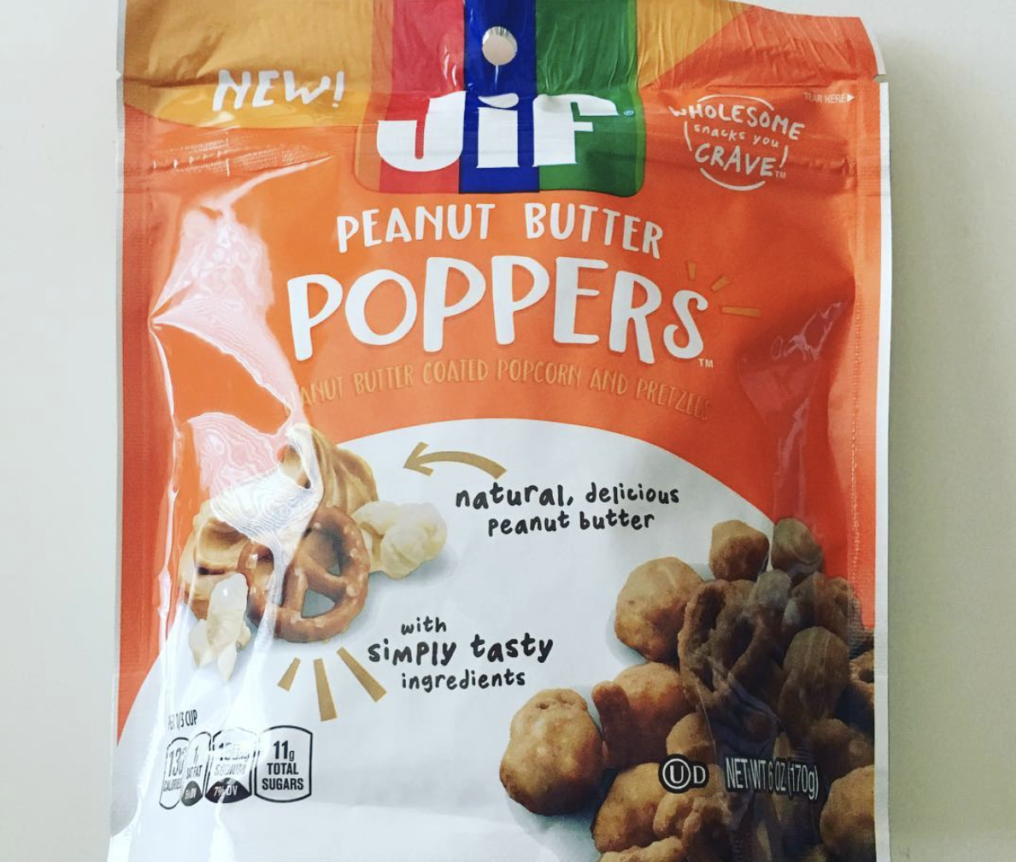 I, being a homosexual, immediately did a triple-take when I saw Jif®’s advertisement pop up (HA) on my Instagram story. I thought to myself, “Is Jif® trying to communicate with the LGBTQIA community or do they just have a marketing team full of heterosexuals? Who greenlit this? You’re telling me nobody in the marketing department of Jif® has done poppers before?”

“Will [Jif®’s Poppers] make my butthole loose and my face red?” Chicago actor Sawyer Smith asked, verbalizing the hard-hitting question we were all wondering. I decided to investigate.

But first! Not everybody knows what poppers are. Though the straights are now dabbling in this butt-sex-disco-drug, poppers are still unknown to many folx. For instance, Chicago comedian Cameron Little stated:

“To be honest…” Chicago comedian Cameron Little began, “ The first time a guy I hooked up with mentioned poppers I thought, ‘fuck yes, I want jalapeno poppers!’”

Let’s look into the history of poppers.

A more efficient angina medication came onto the scene in the 1960’s. This was great for patients and devastating for the massive pharmaceutical company Burroughs Wellcome, which owned the patent. Who would buy the Amyl Nitrates now? The soldiers fighting in ‘Nam, of course! GI’s were consuming anything they could get their hands on and, according to duesberg.com, “somehow, the newest drug of choice became amyl. Sniffing it was legal, the bottles were light, and the fumes were labelled an antidote to gun fumes. In came poppers by the crate.”

Although the use of poppers never really went away, the rave scene of the 1990’s made them a dance floor staple once more. Today, poppers remain a staple drug of the gay scene.

As of 2018, poppers have now spread to grocery stores across the world. Even better, they come in three delicious flavors: peanut butter, chocolate and strawberry. As a serious investigative reporter, I found it necessary to dig deeper into the makeup of these new “snacks.” Below, you will find a comparison of Jif®’s Poppers and the poppers so many of us know and love:

My taste-test resulted in a sugar rush and a slight feeling of regret for spending money on a glorified bag of puppy chow.

I did not taste-test poppers because I’m sober and prefer butt plugs over inhalants.

Shockingly, it appears that there is no crossover between the ingredients found in the recreational drug poppers and Jif®’s Poppers. According to Jif®’s website, their chocolate poppers have “the flavor you crave, that will not undo your day.” With this information, we can only assume that the Jif® Poppers will not loosen your butthole or turn your face red. Too bad.

All of this leads me to wonder if Jif® is marketing to a whole new crowd of queers or if Jif® is oblivious of the message it’s sending? Either way, it’s hilarious and I’m here for it.

[2] Subject Alex asked to use pseudonyms.

[3] In all seriousness, we need to talk about the side effects of poppers. Make your own decisions, but be informed. Side effects include: a drop in blood pressure, less blood going to the brain, dizziness, nausea, vision loss, methemoglobinemia, fainting, stroke and heart attack.