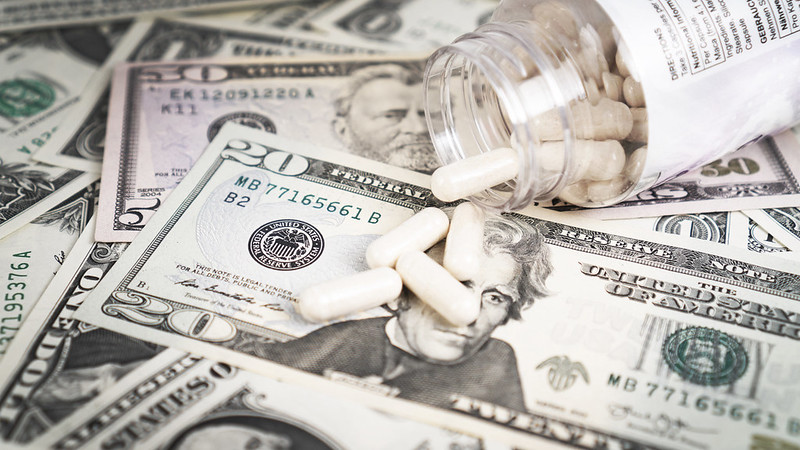 COVID-19 Lays Bare the Failings of the American Healthcare System

An ideological theme in certain COVID-19 discussions is that the pandemic is an eye-opener and a potential vehicle for change; There has been no stronger argument for Medicare-for-All, rent control, economic relief for workers, or worker’s rights than the pandemic itself. The idea is that COVID-19 lifted the veil from the seedy gears of Capitalism that are slowly killing us all, and with this revelation true change is inevitable.

This idea, of course, relies on the logic that most of us (and the US government itself) were unaware of the US’s–you name the category–political, governmental, social, economical malfeasance until now. This, for many people, is applicable. And the hope is, now that COVID-19 has woken them up, working people and people of color have a better chance at mobilizing change in US policy and priorities.

Of course, there are the people who’ve always been aware of these malfeasances–inherently aware, as per their economic status, lack of neighborhood resources, race, generational trauma, or lack of access to clean food. They are people who aren’t privileged enough for this pandemic to feel like their first apocalypse. Their lives have always been in danger.

In Chicago, for example, there was a great deal of shock around the recent implosion by a private entity of a coal plant in Little Village. Many find this a perfect example of how the ownership class and private interests are out of touch to the needs of the American Working Class. In the midst of a global pandemic that affects lung health, and despite residents urging the city officials to stop the demolition, a dust cloud enveloped Little Village.

Chicago has been subjecting its residents to environmental toxins since before the pandemic. There was in 2013, for example, the also toxic to respiratory health Petcoke pile clouds floating through working class communities, or the high level of manganese in children on Chicago’s Southeast side. Not to mention the corporate-government work that goes into undermining citizen concerns for health, like the Koch-funded EPA study that tried to downplay Petcoke’s toxicity.

The important thing to take away from the dust cloud haunting Little Village is that COVID-19 did not stop city officials from allowing the demolition. It did not provide a new lens of empathy for city officials and private companies that finally made them re-think the way they value the lives of working people and people of color.

Instead, COVID-19 only made things worse. Little Village residents have to worry about a toxic dust cloud and the virus, whereas before, they would’ve only had to worry about the cloud. We must resist romanticising the pandemic as some sort of wake-up call, because for many, it’s only an exacerbation of the hardship they were already living with.

Meanwhile, as choices by city officials and corporations damage people’s bodies, we still lack the universal healthcare needed by even the healthiest. According to the US Census in 2018, 27.5 million Americans did not have any form of health insurance. They also found that employer provided health insurance was how the majority of Americans were insured, meaning that most enrolled people are tethered to jobs that may be unhealthy for them in every other way.

This highlights a severe problem with the way America deals with its healthcare, especially in times of crisis. According to the New York Times, a week ago 16.6 million Americans filed for unemployment.

What this outlines is an environment in which many Americans don’t feel financially safe going to the hospital or calling an ambulance. There have been full on op-eds not only acknowledging this, but advocating for using ubers instead as some kind of life hack for affording essential needs.

There are people who, after having had the privilege of living without a daily deep fear and uncertainty towards tomorrow, are only now seeing this picture. However, I think it’s dangerously simple to be so optimistic as, “Well, now ‘they’ HAVE to fix things, since we saw what COVID-19 did to people without healthcare, housing security, unemployment pay.”

Yet, however correct that should be, this “fixing” is far from a given. Most working people didn’t have sick pay, insurance, or enough money to pay rent before COVID-19 emphasized these shortcomings. We were living in an economic and health crisis already, we are living in crisis now, and there is nothing so far indicating that we will not be living in crisis after.

This is made even more apparent when considering the government’s most direct aid to the public, the $1200 stimulus checks set to go out this month. Many feel the checks don’t go far enough, and pale in comparison to what’s happening in the other four phases of corporate bailouts rolled out by Trump’s administration.

While it is true that shutting down all non-essential businesses is absolutely necessary in this pandemic, it is absurd that the government is not fully reimbursing the income sources they’re halting–especially considering that a buried CARES act provision is ensuring 43,000 taxpayers that earn more than $1 million annually will receive a $1.7 million windfall.

In the case of the stimulus checks, 1 in 3 Americans don’t expect their check to even sustain them for one month. The government came to the $1200 number by multiplying the federal minimum wage of $7.25 by 40 hours a week and 4 weeks in a month, then rounding it up.

The Fight for $15 movement and movements like it have already laid out how insufficient this 7.25 minimum wage was, and the pandemic just highlights this insufficiency more than ever before. While the optimistic take on the COVID-19 stimulus checks is that, hey, now that the US government sees how none of us have any savings, they’re finally practicing a little social welfare! That perspective, however, comes from our extremely low expectations toward the Federal government. Really, it’s ridiculous that people are losing income and facing a health crisis, yet the government is paying them minimum wage…once.

For the working class, the path forward means impacting local and national policy to work for the people instead of corporate America, and it requires just as much organization now as it did pre-pandemic. It means getting to policy on the local level, like what Chicago’s black elected officials are outlining in response to the realization that black folks are finding themselves afflicted by the pandemic in Chicago the most.

Chicago has always fallen short when supporting–or rather, not hurting–low-income communities and people of color. As the COVID-19 crisis exacerbates health insecurity in Chicago, this historical lack of supportive infrastructure becomes more apparent.

While making this lack of support more apparent is incredibly important for gaining the people power needed to impact policy, we must, as I said earlier, not romanticise COVID-19 as an inherently mobilizing-unifying thing. It is, first and foremost, making things worse, and nothing guarantees it will make anything better. It is important to remember that the issues the pandemic highlights have always existed, and urgent to understand that they are currently set to remain after the pandemic crisis.

COVID-19 may lead to some Socialist measures enacted by Chicago during the shutdown. It may politically activate people who were previously unaware of how things really are and inspire them to organize. The important thing to remember when considering COVID-19’s transformative silver lining is that whatever realities it opens people’s eyes to, and whatever newfound people power Chicago may find, we need to keep fighting long after this particular crisis.