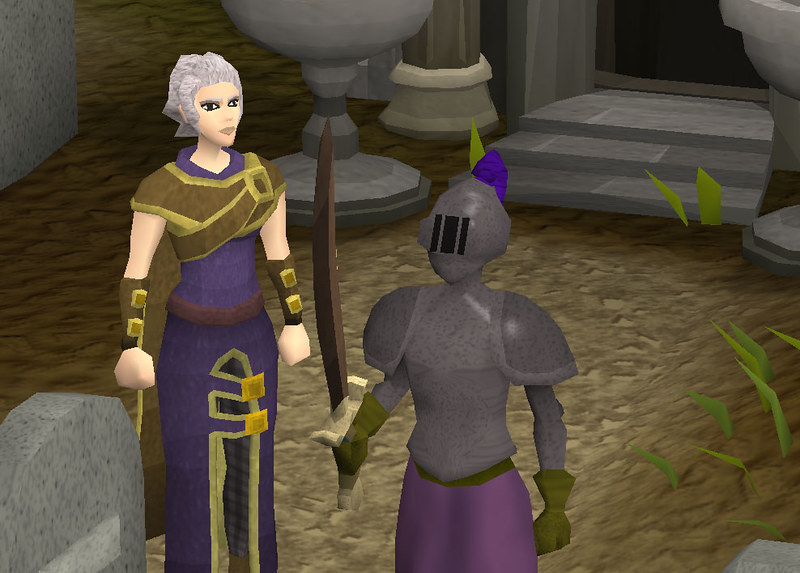 Would You Have Stood With the Communist Gamers’ Party in Runescape?

In Middle School Computer labs and home offices in the early 2000’s MMORPG’s were sweeping the fingers of gamers with enough time on their hands to play them, and the most near to free compared to World of Warcraft was Runescape.

For the uninitiated, MMORPG’s are a kind of video game where you maintain a profile, avatar, inventory, and bank account in a social environment with an active chat and competitions either in material gains or in player v. player combat.

Runescape was and still is one of the genre’s most popular for those new to the genre. According to Jagex, the game’s developer, 1.1 million people have paid subscriptions to play the full version of the game, and millions more play the free version.

“Jagex’s RuneScape franchise achieved its highest-ever player membership peak in 2019,” the company says in a press release, “with RuneScape and Old School RuneScape attracting more than 1.1 million paying subscribers, in addition to the many millions who enjoy the free-to-access content.”

Role-play is actually really common in MMORPG’s, especially the kind where players use the game’s mechanism to accomplish something else entirely, sometimes modifying the vanilla game to accomplish this. There’s even a Political Compass Minecraft Server out there, if you were looking for that kind of thing.

That’s why when you really think about it, the idea that a communist revolution could take place during a Bush presidency on a Runescape server, affecting thousands of the players on it, is entirely possible. And it happened.

It came in the form of a clan called the USSR. Clans are a pretty common aspect of MMORPG’s, they allow players to communicate in chat easier, pool resources, and organize for objectives.

When this clan formed in 2007, it began by warring with other clans and claiming lands on server 32. By the end of the year the USSR controlled 95% of the land on the server, including the wilderness, where PVP is the most common. The death toll surpassed 5,000 players.

Each instance of Runescape is held on a separate server. Your inventory stays with you going from server to server, but you can only interact with the people on the server that you’re on. While limiting, it provided the USSR clan the unique opportunity to leverage the kind of power to make a difference.

Establishing this power wasn’t without consequence. A civil war in early 2008 saw a change in authority with the ingame execution of the past leadership. The new leadership led the server into a peaceful period until an ingame revaluing of certain weapons and armor led to a market crash.

Without true control of the clan’s means of production, the USSR was unable to keep up with the ingame clan fees and  it dissolved soon after.

There’s a detailed retelling of all of the events on the website Spinoff. A journalist there Emilie Rākete seems to have gotten more information from some of the players involved, if you want the full play by play.

All told this story and others like it make it clear that people come to games for different reasons, and many use spaces like this to come to a better understanding of their own ideology. This story tells us this and that it’s not a new thing for humans to do. Before MMORPGs there were probably other media to work out and understand these ideologies.

In the end, fantasy or not, the people behind the keyboards are real. Their stories exist and people keep retelling them through ingame chats, random wikis, and digital magazines. These stories say comrades are comrades through failures, wars, peacetimes, and successes. They live on decades later, held together the best they can.