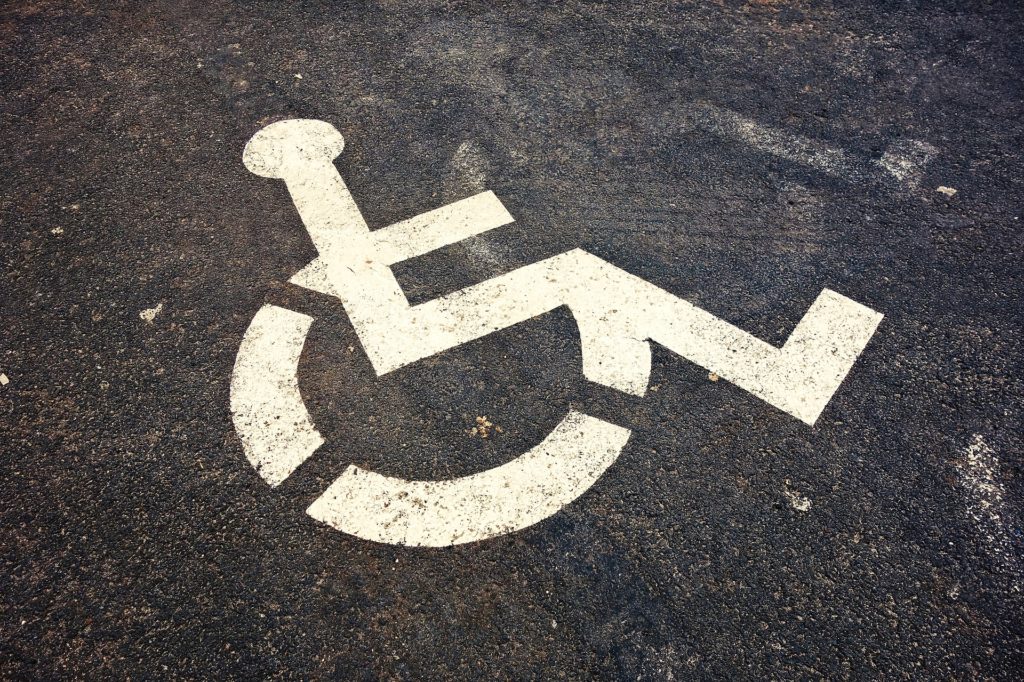 I read the email over and over again. Tears formed in my eyes as the words of rejection echoed in my head—I really wanted that job. Like most people do, I scanned my memories to figure out what I did wrong, but what I really wondered was if my hearing impairment was the reason. Of course, there is no way to prove that, but in some cases, it is obvious that someone’s disability scares employers away.

There have only been two instances where I absolutely knew that having a hearing problem and being unable to interpret phone calls (I needed to be able to lip read) led to a job rejection. And by absolutely knew, I mean it was downright obvious.

The first time it happened while I was in college when I applied to be a content writer for a magazine in New York City, NY. After passing the company’s writing test, they wanted to do a phone interview to talk about the job—it was clear that they really liked me. Yet, when I explained I was hearing impaired and asked to do a videophone call instead, they told me the job required making phone calls.

Despite the fact that the majority of the job was writing and editing articles, the employer said I would need to do phone interviews with potential subjects for quotes. Apparently emailing, video calling or meeting them in person was out of the question. Needless to say, I didn’t get the job.

The second time, I simply didn’t get a reply back after I asked to video chat instead of doing a phone interview. Of course, I was angry and could have tried to fight for justice but, to be honest, I didn’t want to. Why would I want to work for a company that wouldn’t accept me, disability and all?

While I discovered their views on disabilities before I was hired, there are a lot of people with disabilities and chronic illnesses that get fired after they join a company. In 2017 alone, 26,838 cases of disability discrimination in the workplace were filed, according to the Equal Employment Opportunity Commission (EEOC). In either case, it is illegal and goes against disabled people’s rights.

According to the Americans with Disabilities Act (ADA), employers CANNOT fire a qualified employee after they tell you about their handicap. All employees have the right to be accommodated. This is enforced legally by the United States EEOC.

Anyone with such an impairment has the right to reasonable accommodation, whatever that might be.

Yet, experiences of discrimination still happen all the time. It can be an even more dispiriting experience if you were let go after you already landed the job.

I found two such stories of people who didn’t deserve to be discriminated against in the workplace and—while I was happy to find out that many disabled people told me they are well accommodated—I know there are certainly more stories out there. And let me tell you: the majority of those stories go undocumented because the mistreated person either doesn’t know their rights or can’t afford to fight back.

The first story comes from our very own backyard in Chicago, where a young woman was fired on her first day of work after she disclosed some of her medical history. The woman, who wishes to remain anonymous, was hired as a barista at a bakery shop. On her first day, she and other new employees were asked to fill out around 10 forms. The employer did not give ample time to fill them all out; when she asked for more time, she explained that she had recently had a concussion that made reading and hearing information at length a challenge. She was denied the opportunity to have more time.

The employer continued to be rude and pressured her to finish up, which she did sloppily. At one point, he even addressed her in front of her peers, asking if the job was right for her. Later, after she returned home, she received an email from the bakery’s consultant stating: “We will unfortunately not be able to move forward with you at this time. Best of luck in your job search.”

The thing is: she thought her job search was over. The company refused all emails she sent afterward and refused to meet with her in person to discuss the matter. It was clear that disclosing her disability had changed their minds about her.

“It was a really disheartening experience to feel so incredibly inadequate,” She said, describing the experience, “Struggling in a setting, standing out like a sore thumb, or falling behind in any sort of way, was not only mortifying but also humiliating and degrading.”

No one should have to feel that way because of something they can’t control.

This woman’s impairment is certainly covered under the ADA’s definition of a disability, meaning she has the right to reasonable accommodation, which, in this case, was simply extra time to fill out forms. The harassment she received from her employer and the anxiety she felt as a result of telling the employer about the effects of her concussion is also illegal under the ADA. It is clear by the way the bakery’s management team reacted that they knew they were doing something unlawful, especially when they allegedly lawyered up.

Discriminatory experiences like this one can happen to many younger people who may not even realize they are being mistreated.

This next story is about a 17-year-old who used to work at a local farmer’s market five years ago. Unlike the other woman’s story, Jessica was fired after working for about a month. However, her employer knew from the beginning that she had a rare kidney disease. It didn’t become a “problem” until another employee witnessed her having a bad kidney attack that lasted no more than a minute; the other employee complained to her boss that it had “freaked her out.”

After that incident, Jessica was watched closely. A week later, she sprained her ankle tripping over a loose rug. The employer fired her because they decided she wasn’t physically able to handle the job. While Jessica did find out that what had happened to her was discrimination, she decided not to file a lawsuit.

Whether or not you want to take action for your disability rights in the workplace, it is important to know that there are resources out there to help you. If you think you have been discriminated against for your disability, you should contact the EEOC office (sooner rather than later after an incident) and find out your options.

You can also visit your state’s Fair Employment Practices Agency (FEPA), who is in charge of enforcing your state’s own discrimination laws. It is important to remember that if your employer retaliates against you because you play the ADA card, that is also illegal.

While I hope you are never discriminated against because of your disability, it is important to know your options if it happens. No one deserves to be judged based on their disability and employers need to not be so afraid to hire us. As Robert M. Hensel said, “There is no greater disability in society than the inability to see a person as more.” We are more than our disability.

Isabelle Garreaud
Isabelle graduated (she/hers/her) from Fordham University last May with a BA in communications and a minor in creative writing. She moved to Chicago in July with goals to work for a publication company as a writer/editor. She is currently working as a freelance writer and is a content writer for Chicago Scene magazine. She has written articles from a range of different topics (news, lifestyle, celebrity gossip, sports, etc.) and in different formats (listicles, quizzes, standard, etc.) for many different online publications. On the side, she keeps up with her creative writing Instagram.

Isabelle Garreaud
Isabelle graduated (she/hers/her) from Fordham University last May with a BA in communications and a minor in creative writing. She moved to Chicago in July with goals to work for a publication company as a writer/editor. She is currently working as a freelance writer and is a content writer for Chicago Scene magazine. She has written articles from a range of different topics (news, lifestyle, celebrity gossip, sports, etc.) and in different formats (listicles, quizzes, standard, etc.) for many different online publications. On the side, she keeps up with her creative writing Instagram.
More from Op-EdMore posts in Op-Ed »
More from OpinionMore posts in Opinion »