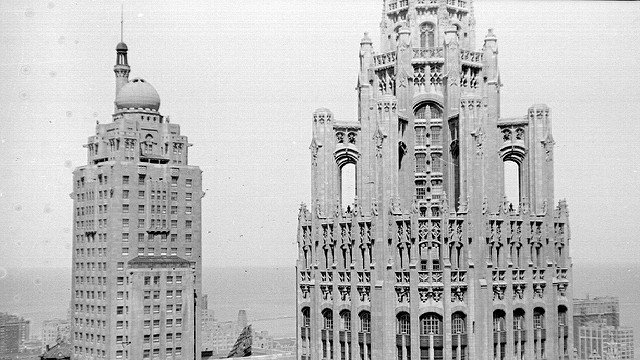 There are many who believe Chicago has a corrupt journalism problem. I could go on an on about this, but this week, with November elections drawing nearer, I’m going to focus on the Tribune and Bruce Rauner.

Last week, the Editorial Board of the Chicago Tribune endorses Bruce Rauner. You can see that here.

The Tribune also published a Letters to the Editor section in which they published responses to this endorsement. The first two confirm their endorsement, and it’s after the ad break that we see one response that represents some Chicagoans’ confusion given what the paper publishes otherwise.

“As a longtime subscriber, I have been very disturbed by your Editorial Board’s steady drift to the far right and total lack of objectivity in that regard,” a reader said. “But your endorsement of the totally incompetent governorship of Bruce Rauner now confirms the fact that you have lost any sense of fairness or journalistic integrity in that regard.”

This is also paired with the Tribune’s debate coverage. After Pritzker and Rauner went head to head for the second evening, the Tribune chose the headline “In debate with J.B. Pritzker, Gov. Bruce Rauner says illegal immigration contributes to Chicago gun violence.”

You’ll notice that they don’t outright say they disagree with him.

The article does go on to point out that “A study published in the journal Criminology in March found that states with larger shares of immigrants living in the country without legal permission showed lower crime rates than states with smaller shares from 1990 through 2014,” but again, this is past the ad break. Anyone that knows readership in the age of the internet know this isn’t fixing all of the damage done.

The Tribune is a privately owned paper, whose major shareholder is businessman Michael Farro, Jr. who resigned from his position as Chairman after sexual assault allegations. He will also still be paid $5 million-per-year by Tronc (now renamed Tribune Publishing) through Dec. 31, 2020, to serve as a consultant.

The choice by the Tribune to endorse Rauner is not new. The paper did the same in 2014. The editorial board is beholden to investors, and it uses the argument of “balancing both sides” to justify both publishing coverage of Rauner’s views and endorsing him in the same week.

Of course, publishing when Rauner says something racist is ultimately good for the paper. In 2018, hate clicks are what drives traffic to sites. The Tribune knew exactly what it was doing when it chose the headline that Rauner believes illegal immigrants cause gun violence, they’re stoking liberal rage for clicks.

When we posted on social media about the Tribune’s choice to support Rauner, some knew that the paper was a right-leaning outlet. Others didn’t. The Tribune benefits from this misinformation, and so do the GOP candidates it endorses.

It’s up to you as a reader to decide whether that kind of journalism should be supported.