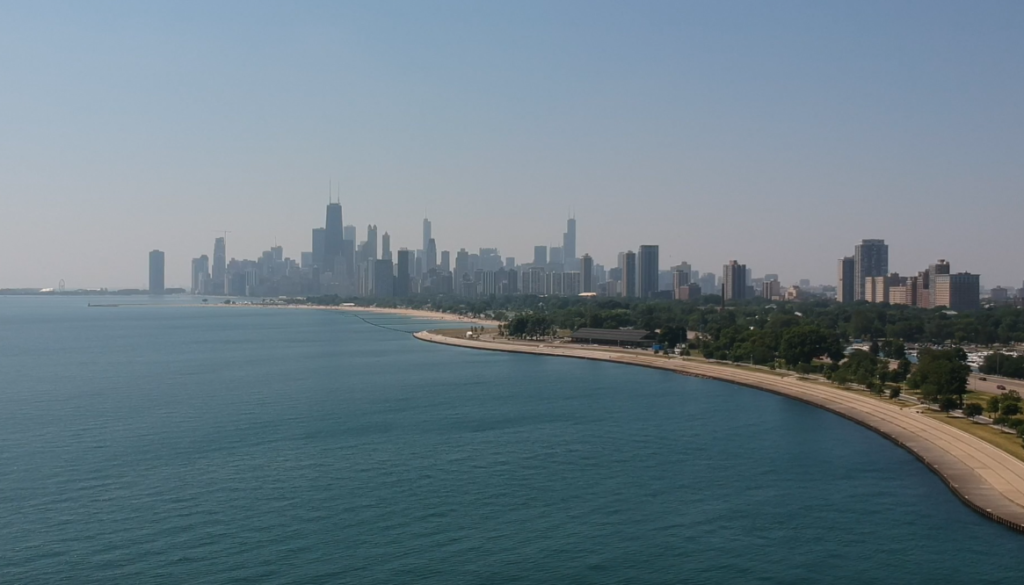 Eat the Rich: A Case for a Land Value Tax in Chicago

Chicago has a privatization problem. For every social-work driven Tent City or homeless driven newspaper (shout out Streetwise,) there’s a multi-million dollar investment project propped up by the city through tax exemptions, explained away by potential job creation or extending parking fee practices.

Parking fees are a great example of the other side of Chicago’s privatization problem, which is in an attempt to save money, hiring predatory private services like Lincoln Towing that end up costing citizens more than taxing would in the first place.

This echoes resonantly with Chicago’s current tex-exemption proposal in its bid for Amazon’s HQ2.

A common argument against this is that if we tax the rich more, then they will likely leave the city for others. And I agree. I don’t think that Chicago’s wealthy has not proven that it has the interests of the city’s people at heart.

Mayor Richard J. Daley’s Chicago 21 plan was a solid example of this. Noted most prominently by Ben Joravsky for the Chicago Reader, the plan would develop the area that Daley wanted, called Cabrini-Green, using a team of prominent investors. It also would displace thousands of residents in a Chicago Housing Authority project at Division and Orleans.

In answer to the expected protests, the Chicago 21 planners assured Cabrini-Green residents that “in no case should [development] result in displacement of existing residents for financial or other reasons.”

“Obviously, the city broke that promise years ago, when it demolished the project’s high- rises and scattered most of the residents to the wind,” Joravsky said. “Tearing down Cabrini-Green ignited a real estate boom that’s turned that area into one of the most expensive in Chicago.”

When I first read this, I was shocked, but I also wanted to know if there was a way to prevent this. Then I realized that not only is there a way to prevent it, but to use privatized investment practices like this to fund Chicago’s public services.

The answer, to me, is a Land Value Tax. I was first introduced to the idea from a conversation with Hoosier Action‘s Jesse Myerson and Radio Dispatch‘s Molly Knefel fueled by New York City’s issues with its public transit.

Myerson goes on to explain the idea of Land Value Tax, an economic policy pioneered by economist Henry George, that stems from the idea that land shouldn’t be considered a commodity, but instead a communal resource that landlords specifically should face a tax for.

What this means simply is that you can have the prettiest building with every amenity you could dream of, but if it’s in the middle of Antartica then you’ll have a hard time renting the properties. This is a shifting of perspective from completely taxing property and capital and instead working to displace and redistribute some of the wealth accrued by simply owning the land.

“Everyone should be compensated for their exclusion from passage over certain locations on the earth,” Myerson writes for The Nation. “To do this, we ought to levy an exclusion fee whereby the location price of the property in question would be returned to its rightful recipient, the community. As long as land value is socially created and land ownership is duty-free, a theft is occurring.”

Myerson notes that there is even evidence that community-based land governance can have positive repercussions.

“The predominantly black and Latino residents of the Dudley Street area of Roxbury, one of Boston’s poorest neighborhoods, got Boston city officials to take the unprecedented step of granting the power of eminent domain to the community for more than 1,300 parcels of abandoned land,” Myerson writes. “With this tract, the Dudley Street Neighborhood Initiative (DSNI) established a community land trust that has democratically directed a renovation project resulting in hundreds of affordable-housing units and other public spaces, among them community centers, new schools, a community greenhouse, parks, and playgrounds.”

For Myerson and Knefel, the idea of raising these funds were relevant to the many needs of the MTA, where due to delays, many residents have to allocate an extra 30 minutes to an hour for their commute daily. Although not without its flaws, Chicago is fortunate that this isn’t the norm for the CTA.

But the city does have major budget problems, specifically with its schools. The schools in Chicago have been underfunded for decades, and voucher programs seem to be floated by private interests left and right. The proposed funding for these schools is frequently criticized as something that can not be counted on.

Ever since Ronald Reagan dropped the tax rate on the weathly from 70% to 28%, we have seen increased prioritization of privatized services and defunding of public services like schools, public healthcare, the post office, and even libraries nationally.

This budgeting climate does open up room to implement this Land Value Tax, though, and Chicago finds itself in a position where a Land Value Tax would benefit it significantly more than other cities or towns. The key to a successful implementation of Land Value Tax is the dense urban structure, where the value of the land is so high that it could make a difference in the budget.

A Land Value Tax at the city level could make a huge difference for schools, public healthcare, Ameya Pawar’s recent floating of a Universal Basic Income, the disastrous state of mental healthcare, etc.

Of course, what this hinges on is understanding that there is a need for public services. Land deed owners are naturally predisposed to the idea of a Land Value Tax, so its implementation relies entirely on those that do not own land in the city of Chicago to organize.

For that, I recommend getting involved in your wards’ aldermanic race. Chicago has a robust city government structure, there are a considerable number of Left challengers running for office in 2019, for example Andre Vasquez in the 40th Ward, Byron Lopez and Hilario Dominguez in the 25th ward, Rossana Rodriguez in the 33rd Ward, and more.

If you’re interested in reading more about the concept of Land Value Tax or in taking a deep dive into economic theory, you can read the entirety of Henry George’s Progress and Poverty here.

In the spirit of left unity, we have included a post from facebook by local organizer Alec Hudson starting with their list of aldermanic candidates to keep an eye on, and the discourse thereafter involving many of those candidates and other community organizers.